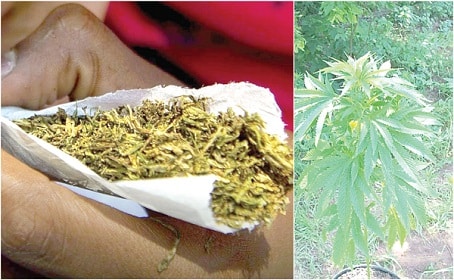 Noble Agbenorto, the headteacher of Tsrukpe-Zanukorpe Primary School in the Volta Region, has been charged with growing marijuana on his property. The charges were brought before the Ho Circuit Court.

His pleading was ignored.

Chief Inspector Noah Amuzu presented the case’s facts to the court, which was presided over by Mr. Felix Datsomor. He explained how members of the Drug Law Enforcement Unit had detained the Tsrukpe-Zanukorpe headteacher after receiving a tip.

The court was informed that the accused then took the police to his farm, where it was discovered that he had planted cannabis-related plants among other crops.

According to the prosecution, the police team uprooted the plants for dispatch to the Police Forensic Laboratory in Accra for testing.

During interrogation, Agbenorto, 43, admitted the offence and told the police that he was only cultivating the narcotic plant on a very small scale for health purposes and not for commercial purpose, the prosecution added.

The accused was granted bail in the sum of GH¢30,000, with two sureties.

However, he was unable to fulfil the bail conditions and was, subsequently, led into police custody.

In July this year, a joint security agencies operation led to the destruction of farmland cultivated with marijuana at Dodi-Asuboe in the Kadjebi District in the Oti Region.

The security team comprised the Kadjebi and Jasikan Districts Division of the Ghana Police Service and the Drug Law Enforcement at the Narcotic Control Commission of the Regional Headquarters in Oti.

Kyebi in floods after hours of torrential rains