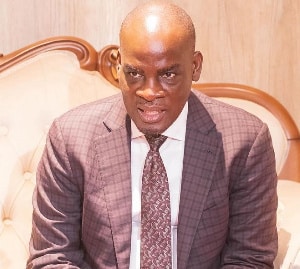 The 2022 Budget Statement and Economic Policy has been referred to as a “ka mp dede budget” by the minority leader in parliament, Haruna Iddrisu.

The popular’sika mp dede’ that President Nana Addo Dankwa Akufo-Addo used in his final speech to the nation inspired the Akan expression, which literally translates to ‘debt does not like noise.’

The Minority Leader criticized the Minister of Finance, Ken Ofori-Atta, for excessive borrowing as he stood up to second the motion on the floor of parliament to adjourn the session.

He explained that, with the details of the budget as presented by the minister, and with his own admission that the country is highly-indebted, then the phrase Ɛka mpɛ dede best describes the budget.

“We have heard the honourable Minister of Finance, before this august House, declare Ghana a high-risk, distress debt country. So, Mr. Speaker, this budget is Ɛka mpɛ dede budget and therefore, he’s put the country on the path to debt restructuring, which he has announced as debt exchange program.

“So, Mr. Speaker, this budget is Ɛka mpɛ dede budget because he has announced debt restructuring in the name of a debt exchange program,” he said.

Haruna Iddrisu also appealed to the minister to ensure that he regularizes the government’s borrowing spree.

“Mr. Speaker, my greatest expectation of the minister is to regularize the borrowing under the amended Bank of Ghana act of 2016.

“You have to come back to this House to seek our mandate and authorization for your excessive borrowing from the Bank of Ghana, that needs to be regularized,” he said.

The Minister of Finance, Ken Ofori-Atta, presented the ‘Nkabom’ budget to parliament as part of his constitutional mandate on Thursday, November 24, 2022.