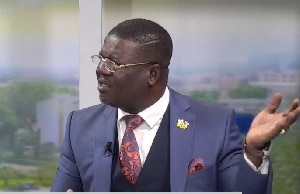 The Member of Parliament for South Dayi, Rockson-Nelson Dafeamekpor, has alleged that the government is paying remunerations to some workers who are supposed to be working at a port in Keta.

In a tweet shared on Monday, November 21, 2022, Dafeamekpor questioned who these salaries were going to because there is no port in Keta, a coastal town in the Volta Region.

The MP, who made these remarks while reacting to a purported document indicating the approval of annual bonuses for workers of ports, including the port at Keta, bemoaned the fact that the workers were even going to be paid bonuses.

“How can we be paying monthly salaries, allowances and End of Year bonuses to workers of a nonexistent Port at Keta?

“Again, per para 5, what’s the meaning of para 5? “A Retired Staff who ‘worked’ for more than 6 months or more during the year will be entitled to full bonus..”?” parts of the MP’s tweet read.

The MP shared a document from the Ghana Ports and Harbour Authority addressed to the directors of the ports at Tema, Takoradi, and Keta, confirming the approval of the payment of bonuses to workers at these ports.

The government started processes to construct the third commercial airport in Ghana at Keta in 2019.

It has so far signed an executive instrument that demarcates the area for the port, advertised for tenders for feasibility studies, and appointed a director for the proposed port.

As of now, the only structure at the demarcated area for the Keta port is a sign post, but the Minister for Transport, Kwaku Ofori Asiamah, has stated that the government remains committed to the construction of the proposed Keta port. 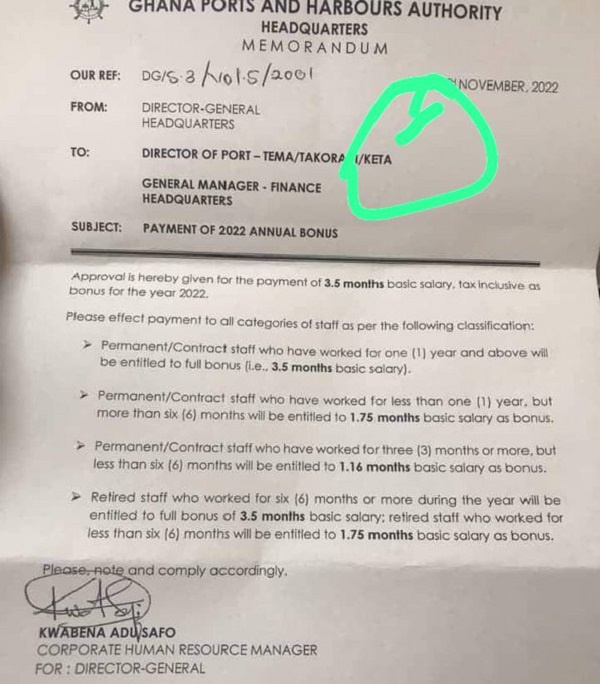