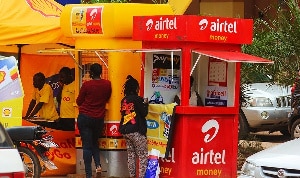 The government has been encouraged to maintain the GH100 exemption on daily Mobile Money (MoMo) and other electronic transactions by Professor Anthony Amoah, a development economist.

This, he claimed, would support revenue mobilisation for economic development and aid in integrating the underprivileged and the disadvantaged into the financial ecosystem.

The daily transaction of GHC 100 is free from the levy, which went into effect in May 2022 and has a 1.5 percent charge on MoMo payments, bank transfers, merchant payments, and inward remittances.

But, during the 2023 budget reading on Thursday, the Government announced that it would reduce the E-Levy rate from 1.5 percent to one percent, effective 2023, and remove the GH¢100 daily threshold on the tax.

Prof Amoah, in an interview with the Ghana News Agency on Friday, lauded the Government for listening to Ghanaians by reducing the rate on the levy from 1.5 percent to one percent.

He described the move to reduce the tax rate to one percent as a good attempt to block the loopholes in the tax handle.

The Development Economist, however, said the removal of the GH¢100 daily threshold would deter the poor, who did many transactions of up to GH¢100 from doing electronic transactions, and end up avoiding the payment of the tax.

He said, such a situation, would affect the Government’s revenue mobilisation and financial inclusion drive, and urged that a consideration was given to the removal of the threshold.

Prof Amoah said: “What people are now to do is to use the transport system and give money to people to be given to recipients, and that’s the alternative the poor are going to use, knowing the E-levy will bite them hard.”

He asked the Government to conduct a thorough research to identify and target people who did larger volumes of transactions yet evading the levy instead of those it was trying to add to the financial inclusion ecosystem.

Recent research by the Centre for Economics, Finance, and Inequality Studies (CEFIS), showed that many Ghanaians have been avoiding the payment of tax on electronic transactions above GHS100 because of the 1.5 per cent charge.

The situation led MoMo merchants (whose number has been increasing) to “milk” the Government of expected revenue from the E-levy – as merchants negotiate with customers for a fee, making customers avoid the payment of tax.

Some MoMo merchants in Accra who have spoken to GNA on this development confirmed that they had entered into such agreements, making customers avoid paying taxes, especially on transactions amounting to GH¢1,000 and above