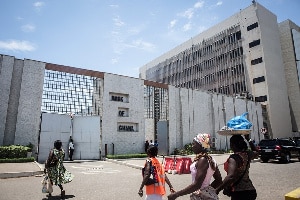 According to Kafui Amegah, a member of the New Patriotic Party’s (NPP) communications team, the government and the central bank are making great efforts to stabilize the economy and support the local currency.

According to him, those who are skeptical about the effectiveness of newly announced steps to stop further cedi devaluation should give the Central Bank the benefit of the doubt.

On “Adwenekasa” on Accra-based Original FM, Kafui Amegah claimed in a conversation with Kwaku Owusu Adjei that “there are concrete and sustained efforts being taken to shore up the economy and subsequently strengthen the cedi.”

Kafui Amegah announced that the government is doing a lot to implement recommendations to restructure Ghana’s economy.

However, he said the government is working on fixing the situation, having agreed with mining and gas companies to sell their forex to the Bank of Ghana to stabilise the currency.

“We believe that there are a lot of speculative activities that are creating some unnecessary depreciation in the currency.”