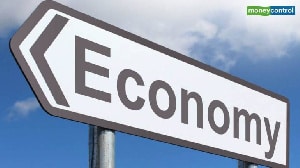 Ghana will probably see a full-blown recession, according to Daniel Osabutey, a prominent lecturer at the Accra Technical University’s business department.

The country still depends on the Guggisberg economy of exporting raw materials and importing finished goods, the instructor claims.

Even though the nation has found oil in commercial amounts, Mr. Daniel Osabutey explained that the demand and supply chains in the nation have not changed.

He noted that the low confidence in the cedi and the high inflation rate will likely push the country into a recession.

He maintained that a recession is a point of no return for the country.

He stressed the downgrade of the economy by the financial grading institutions has led to the scarcity in the supply of dollars into the country.

He noted that the fundamentals of every strong economy are a strong export market, high employment rates, and high industrialization.

Mr Osabutey was commenting on the state of Ghana’s economy in an interview with the host of the Ghana Yensom morning show, Emmanuel Quarshie (The Hitman) on Accra 100.5 FM on Monday, October 24, 2022.

He revealed that from 2018 to 2021, the government borrowed a whopping amount of US$11 billion from the Eurobond market only to shore up the cedi.

He stated that because of the downgrades, Ghana’s Eurobond is no more attractive on the international markets.

The lecturer argued that the speculations on the cedi have led to people buying the dollar and hoarding them and that this has led to the fast depreciation of the cedi.

He cautioned Ghanaians to desist from quoting prices of goods and services in dollars.