Ghanaians in South Africa cautioned over imminent protests against foreigners

Rioting and looting during protests againt foreigners in 2019

The Ghanaian High Commission in South Africa has alerted Ghanaians of the potential danger of upcoming protests against foreigners in the country.

In a statement, it mentioned that some anti-foreigner groups had made preparations to oust foreigners from their workplaces or occupations starting in September.

â€œWhilst recognising that this is not a government or state policy, such activities by individuals or groups could degenerate into violence aimed at foreigners or threaten their lives, safety and livelihood,â€ the statement said.

The violent xenophobia against Africans in South Africa has a recent history.

Foreign Africans have been used as a scapegoat and blamed for crimes, economic instability, and poor governance.

They have been targets of nationwide protests and shutdowns characterised by mob violence, looting, and torching of their businesses.

The Ghana mission urged members of the Ghanaian community to â€œbe vigilant to any such incidents, restrict their movements to safe areas, avoid mass gatherings and refrain from engaging in activities that could result in conflict, brawls or deterioration in their safety.â€ 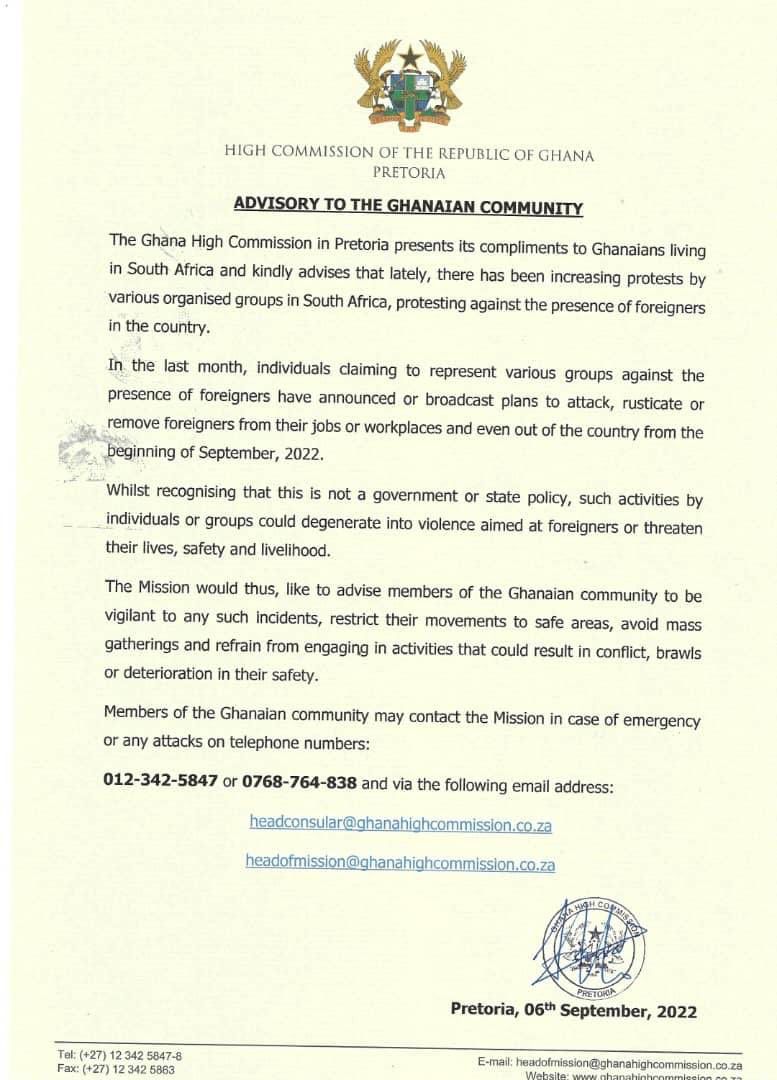