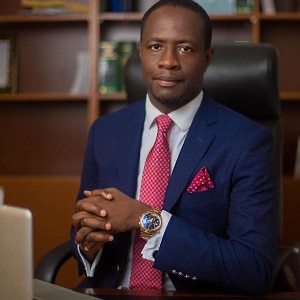 Ghana and Ivory Coast will not be present at the October 26–27 World Cocoa Foundation Partnership conference in Brussels.

The world’s two largest producers of cocoa will not attend the gathering, which is the premier international conference on cocoa sustainability, according to Reuters.

Both the Ghana Cocoa Board (COCOBOD) and the Coffee and Cocoa Council (CCC) of the Ivory Coast have stated that the reason for their boycott of global chocolate corporations is because these businesses oppose policies that would increase the income of farmers.

According to the Head of Public Affairs for Cocobod, Fiifi Boafo, “The major chocolate brands have resisted and tried to find means to circumvent payment of the LID”.

Therefore, “the Chief Executive [Joseph Boahen Aidoo] is not attending the World Cocoa Foundation (WCF) meeting in Belgium and none of the executives at Cocobod will be there,” he affirmed.

Boafo accused the multinational chocolate companies of waging a silent war against a farmers’ premium, the Living Income Differential, as a direct rejection will give them bad publicity.

Adding his voice, the Director General of Ivory Coast’s Coffee and Cocoa Council (CCC), Yves Brahima Kone, also said he will not be in attending this or any other industry meetings.

He further stated that sustainability programmes launched since 2008 and aimed at tackling issues such as child labour have also benefited companies more than farmers.

The origin differential, an additional premium paid for the quality and reliability of cocoa beans and the Living Income Differential is a fixed amount of $400 agreed on for every tonne of cocoa sold by Ivory Coast and Ghana.

In July both regulators said they would no longer sell cocoa with a negative origin differential, fixing it at zero for Ivory Coast and at +20 pounds sterling ($22) per tonne for Ghana.

COCOBOD and CCC explained that some of the world’s major chocolate makers and cocoa traders are pushing for origin differentials as low as negative 200 pounds sterling per tonne.

“We are considering new ways to address this issue with the industry, including banning access to our cocoa farms for their sustainability programs,” The Director General of CCC said.

The World Cocoa Foundation Partnership meeting will be held from October 26-27 at The Hotel in Brussels, Belgium.