Ghana is at risk of debt default – Fitch 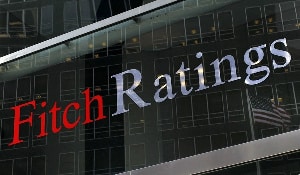 Ghana may experience a debt default, according to Mahin Dissanayake, a senior director at the ratings company Fitch.

He explained that because banks in Ghana depend so heavily on government securities, any debt trouble the government experiences will have a devastating impact on the viability of banks.

Mahin Dissanayake reportedly made the remarks on September 21, 2022, at a news conference, according to Reuters.

He declared that default was a definite possibility.

He asserted that the “operational climate is looking very vulnerable” because “Ghanaian banks…hold huge volumes of government securities, so debt distress is going to put a lot of stress on the banks.”

He also stated that in the case of debt distress, the banking sector will not be the only affected sector.

“We estimate that if there was a 30% haircut, that would make at least several banks insolvent. It’s not just the banking sector that would be affected but also insurance companies, pension funds, asset managers – anyone who holds government securities,” he stressed.

This has affected the country’s ability to secure credit facilities from the global market.
Inflation has skyrocketed to an all-time high of 33.9% s the cedi continues to depreciate against major trading currencies.

Meanwhile, three Ghanaian banks have also been downgraded by Fitch.

We are joking about galamsey fight – Dr. Lawrence Tetteh