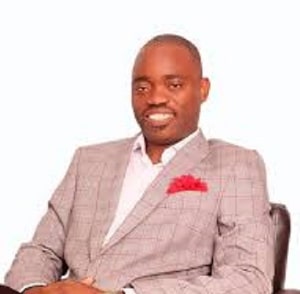 According to Mr. William Kormatsi, a former candidate for parliament from the Akatsi South Constituency, Nana Addo Dankwa Akufo-government Addo’s has no economy.

The business tycoon claims that the economy is dying because the nation’s real Gross Domestic Product (GDP) is above 100%.

This claim was made by Mr. Kpormatsi on his official Facebook page.

“Once more, Ghana has no economy! Debt to GDP has historically exceeded 100%. Let’s manage our meager savings!”
He declared.

According to him, the magnitude of suffering being experienced by Ghanaians cannot be compared to the ravages of war, advising Ghanaians to take care of their savings in the country’s banks.

Mr. Kpormatsi’s comments add to the sentiments of many Ghanaians who have decried the country’s economic woes.

Ghana, under the leadership of President Akufo-Addo and Dr. Bawumia, is currently experiencing a hard time, with the country’s currency consistently falling against the US dollar and other major currencies.

Six Ghanaians who have been knighted by the British monarchy

Six Ghanaians who have been knighted by the British monarchy

Busy Signal to perform at Stonebwoy’s Bhim Concert in Ghana

Xhaka okay to work with Nketiah in Jesus’ Arsenal absence