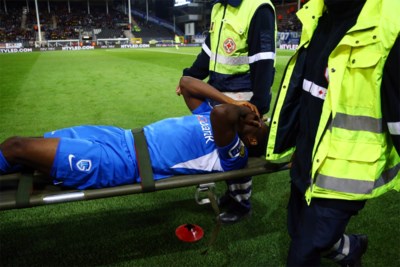 Ghana international, Joseph Paintsil is a doubt for Genk’s match against Oostende this weekend in the Belgian Jupiler Pro League.

The attacker sustained an injury while in action for his team early this month in the game against Royal Union SG.

During that game, he scored to continue his fantastic form before unfortunately he picked up an injury in the 37th minute and had to be substituted.

Subsequently, Joseph Paintsil missed the game against KAA Gent before the international break.

While he has made significant progress in the treatment room, he is still undergoing rehabilitation and is not likely to be back in action this weekend.

On Thursday when KRC Genk continued preparations for the upcoming league match against Oostende, the attacker was absent.

This season, The Ghana asset has made eight appearances in the Belgian Jupiler Pro League. He has four goals and one assist to his name.