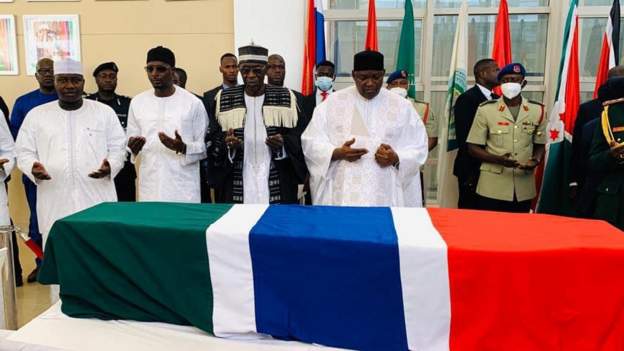 Gambia bids farewell to Vice-President Alieu Badara Joof at the country’s parliament after his death last week at the age of 66.

He passed away while receiving treatment in India for an undisclosed illness.

Joof had only been Adama Barrow’s vice-president for nine months.

Thousands of mourners, including the president, attended the funeral to pay their respects to a man who was described as “modest and blunt.”

Mr Barrow remembered one of the late vice-president’s controversial statements and quoting him as saying: “You cannot make omelette without breaking the eggs. I will talk to the truth, if you want, let the president get me out. But I will say it as it is and I have been saying as it is in the cabinet.”