According to Ghananmuseum.com, the CIA-backed coup in Ghana was carried out at the dawn of February 24, 1966, while Nkrumah was still on a peace mission in Asia.

Interestingly, one of the strong members of the group that took down the presidency of Kwame Nkrumah was Lt-Gen. Akwasi Afrifa who was once awarded by the president at Adisadel College.

In a photo sighted by YEN.com.gh, Afrifa was only 19 years old when he was being congratulated for academic brilliance by Kwame Nkrumah at Adisadel.

Nobody would have thought that 11 years later, this boy would be part of the tyrant group that would overthrow the government of Nkrumah. In the historic picture, Afrifa was spotted shaking hands with Nkrumah while both of them were beautifully adorned in Ghana’s beloved cloth, Kente. 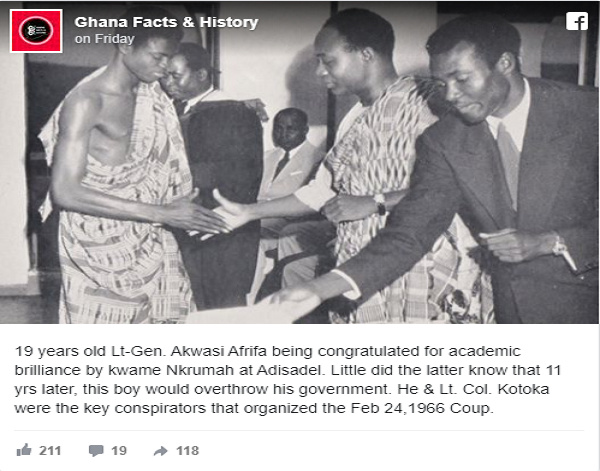