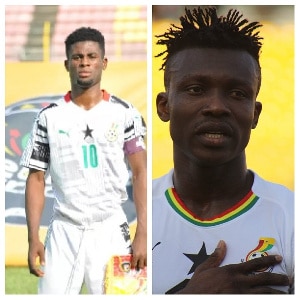 Of the 28 players that represented Ghana in the games against Brazil and Nicaragua, 70% of them will be in the squad for the 2022 World Cup, Black Stars coach Otto Addo has said.

The disclosure by Otto Addo means that some of the players will not be on the Black Stars plane to Qatar.

In our review of the games against Brazil and Nicaragua, we look at five players who are unlikely to make the 26-man squad for the World Cup.

The Celta Vigo defender played no part in both games against Nicaragua and Brazil. In the 3-0 defeat to Brazil, Joseph Aidoo was an unused substitute and was not involved against Nicaragua.

With Otto Addo likely to pick four center-backs, it is unlikely that Joseph Aidoo will make the team for Qatar.

His club form could have things change for him.

Seidu was not involved against Brazil but was outstanding against Nicaragua. The Clermont Foot defender was one of Ghana’s best players in the game.

Offensively, he inspired and helped the wingers and was also great defensively.

Based on performance, Alidu Seidu should be in Qatar but it thus appear that coach Otto Addo has settled on Tariq Lamptey and Denis Odoi as his right backs for the World Cup.

The Hearts of Oak forward played just a minute in the two games and it is unlikely that he would be on the plane to Qatar.

He can however change the coaches’ mind if he hits top form for Hearts of Oak like he did last season.

With the campaign for the inclusion of local players in the Black Stars getting louder, Afriyie Barnieh could find a place in the team if he works very hard.

The forward played a combined 28 minutes in the two matches against Brazil and Nicaragua.

Against Brazil, he came on in the 70th minute and played 8 minutes against Nicaragua on Tuesday, September 28, 2022.

With reports indicating the likes of Hudson-Odoi and Eddie Nketia could be in the team, Semenyo could be one of the casualties.

Yeboah was given only 12 minutes in the game against Nicaragua. His movements were okay but not enough to give Ghanaians an indication of what he is about.

The jury is still out for him with regard to his inclusion. His form at club level could however turn things in his favour.

The article is based on the two friendly matches played against Brazil and Nicaragua. Injuries and club performance could change the composition of the final 26-man squad for the World Cup

Ukrainians told to be ready to fight for Russia

Ukrainians told to be ready to fight for Russia