Five British nationals among prisoners of war released by Russia

by Abigail Ampofo
in World 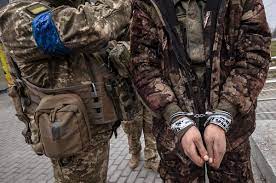 Among the five war prisoners released by Russia, are British nationals.

Earlier we reported that 10 foreign prisoners who were caught in Ukraine, were released following mediation by Saudi Crown Prince Mohammed bin Salman, according to the Saudi foreign ministry.

Prime Minister Liz Truss revealed that five Britons are among those released.

Ms Truss tweeted: “Hugely welcome news that five British nationals held by Russian-backed proxies in eastern Ukraine are being safely returned, ending months of uncertainty and suffering for them and their families”.

She thanked Ukrainian president Volodymyr Zelenskyy and Saudi Arabia for their efforts to secure their release.