Father of Ghanaian female singer killed in the US speaks 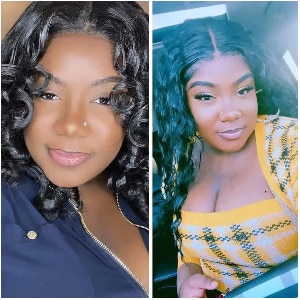 The father of Ghanaian-American gospel musician, Britney Boateng, Ernest Boateng, has spoken out for the first time following the death of his daughter.

Speaking in an interview with Frank Ntiamoah, monitored by GhanaWeb, Ernest Boateng said that the last time he spoke to his daughter, she asked him to prepare her spinach (kontomire) which was her favourite.

He added that he prepared the stew for her, which is in the fridge, only to hear of her untimely demise.

He then went on to remove the stew from the fridge and showed it to the camera.

“She told me that papa, you know I haven’t had that thing in a long time and I said you know what Maame Jata, ‘m off Sunday, I am going to make it for you. It is still in the fridge right now.

“Let me bring it out for you to see. I cooked and told my daughter to come and get it… If you think I’m lying, this is it,” he said.

Ernest Boateng also said that the police are still investigating the death of his daughter.

He said that he heard of the incident on Saturday after it happened.

He added that he does not know what really transpired and is not going to speculate on the matter.

The Ghanaian female singer based in the United States of America, Britney Boateng, was reportedly shot dead by her sister-in-law.

Information gathered by GhanaWeb from multiple international online platforms indicates that there was an argument between the singer and her sister-in-law, 41-year-old Tyona Dodson.

The incident, which took place in East Columbus on Friday, November 18, 2022, ended the life of 22-year-old Britney Boateng, who was pronounced dead at 1:12 a.m., the Columbus Division of Police said.

A report by 10tv.com said that “officers were called to the 400 block of South Weyant Avenue, just north of East Main Street, around 1 a.m. Police found Britney Boateng with a gunshot wound, who was pronounced dead at 1:12 a.m.”

The police have since charged Tyona Dodson with murder.