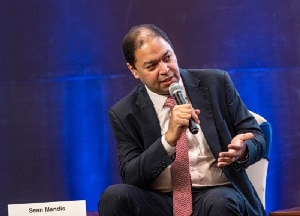 The Ghana Airports Company Limited (GACL) has called for an increase in the present GH5 Airport Passenger Service Charge paid every passenger for domestic flights. This proposal has the support of an aviation expert.

According to aviation expert Sean Mendis, the proposed increase is long overdue and is the best method for the GACL to manage and maintain the nation’s different airports.

“For years, airlines have pushed for an increase in the domestic APSC for GACL.
Due to a lack of financing, GACL is unable to maintain the air conditioning, runway lights, or any other necessary basic facility maintenance and staffing requirements [at different domestic airports].

“Increase GH¢5 to GH¢10 and it is a tinny fraction of the ticket price, but it’s a doubling of their operations budget. As long as they use the funds to actually support the airport operations, it is a good thing.”

As reported by AviationGhana, the GACL, a state-owned limited liability company responsible for managing all civilian state-funded airports in the country, is seeking an upward adjustment of the APSC, to enable them to maintain new airports constructed in various parts of the country.

Their proposal is expected to be submitted to the Parliamentary Select Committee on Transport when Parliament resumes.

This has become imperative because the APSC generated from mainly international travels via Terminal 3 of the Kotoka International Airport is tied to a US$250million loan secured from a consortium of banks led by Ecobank Capital by the GACL on the back of its balance sheet for the construction of the Terminal.

“Now, revenue from APSC for Accra is also a subject of a loan facility, so payment more or less goes to amortise those loans. We need excess funds to be able to maintain these [Kumasi and Tamale] facilities. So, we need a sustained revenue stream, even itemized in the budget that this is the purpose it is going to be used for,” Hassan Tampuli, Deputy Minister for Transport told the media during a visit to the Kumasi and Tamale airports

Mr. Tampuli, who was part of a delegation made up of members of the Parliamentary Select Committee on Roads and Transport, and of Management of GACL, that inspected works ongoing at the Kumasi and Tamale airports, added that: “For us at the Ministry of Transport, we are excited that leadership and members of the Committee appreciate the fact that the GHC 5 we have in the price buildup of domestic air travel is woefully inadequate and it needs to be reviewed.