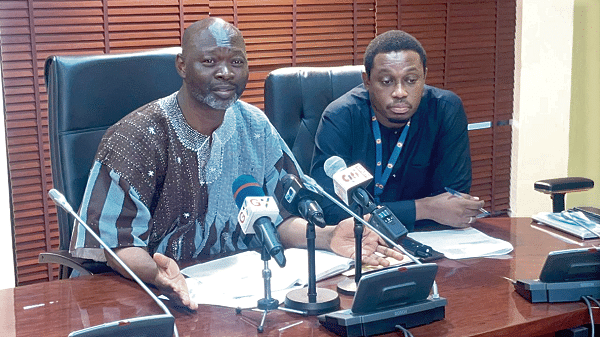 The treatment meted out to some employees of the regional health service who applied for the position of district directors of the health service in the most recent hiring process by the Ghana Health Service has been referred to as “unfair” by the Upper West Region National Democratic Congress (NDC) Caucus in Parliament (GHS).

The eight applicants from the region who received the highest national score of 75.5% were all allegedly excluded for unjustified reasons, according to the complaint, and the procedure was not transparent.

It requested that the GHS conduct an urgent review or audit of the hiring process and take the required corrective action.

The Secretary of the Upper West NDC Caucus in Parliament, Dr Sebastian N. Sandaare, made the call at a press conference in Parliament yesterday.

Dr Sandaare, who is also the Member of Parliament (MP) for Daffiama-Bussie-Issa, said before November 2021 the GHS commenced internal recruitment to fill vacant district-director positions across the country.

“It is worthy of note that all eight applicants were successful at the written exam. In fact, the highest national score of 77.5 per cent came from the region with a regional average score of 50.7 per cent,” he said.

“However, and curiously, in the next stage which consisted of the face-to-face interview, results of which were not made public, none of the applicants was deemed to be successful,” he said.

Dr Sandaare said the GHS went ahead to make appointments without any form of notification to the applicants, some of them were currently acting as district directors in the UWR, on the outcome of the interview.

However, he said following a persistent request for the results of the interview and a justification for the failure to appoint anyone from the region, a letter dated August 26, 2022, from the office of the Director-General of the GHS indicated that six out of the eight applicants did not have the requisite knowledge and understanding of the management of district health directorates.

Per the letter, he said the other two applicants were disqualified because they had not served the required number of years to qualify them for the position.

“We consider the recruitment process as unjust, unfair, discriminatory and an abuse of the rights of the applicants,” he said.

Given the treatment meted out to the applicants from the region, Dr Sandaare expressed worry that the conduct of the GHS could be “a big disincentive” to staff who had dedicated themselves to serve in one of the most deprived regions of the country”.

“It also communicates the unfortunate impression that the staff in the region are undeserving of such appointments and can thus negatively affect the staff turnover in a region that is already struggling with staffing deficit,” he said.