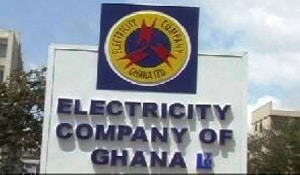 The arrears, accumulated between 2021 and this year, stood at US$900million as at last May but have now risen to US$996million at the end of September 2022 due to ECG’s inability to fully pay for the power it buys from generation firms.

The debt had dropped significantly to about US$400million at a certain point last year, but has jumped close to the billion-dollar mark.

Meanwhile, between January and September this year the amount due the IPPs was US$1.5billion – of which only US$545million has been paid.

The Chamber of Independent Power Producers, Distributors and Bulk Consumers (CIPDiB), a mouthpiece for the IPPs, had earlier this year lamented that the situation was causing IPPs to record huge forex and interest losses.

“The problem is that looking at the cedi’s free-fall and the time of our reconversion to pay our suppliers or lenders, we end up making a lot of forex losses,” its Chief Executive Officer, Elikplim Kwabla Apetorgbor, told the B&FT.

He said this in May when the cedi enjoyed relative stability and the general economic outlook was somewhat positive, and insisted that companies which have contracted loans were recording huge interest and forex losses because of outstanding payments due them.

State-owned ECG, the country’s main power utility, buys electricity from IPPs and others and distributes to consumers in southern parts of the country.

However, due to weak revenue collection, the ECG is in some cases unable to pay for as much as half the power it buys from generation companies like IPPs and state-owned Volta River Authority, leading to a build-up in arrears.

For instance, its annual losses – technical and systemic – are about 30 percent of its revenue: far above the regulator’s allowable loss margin of 23 percent.

As a result, the company loses around GH¢3.2billion yearly, according to Minister of Energy, Dr. Matthew Opoku Prempeh.

If not addressed, it is feared that the arrears could pile up to unsustainable levels.