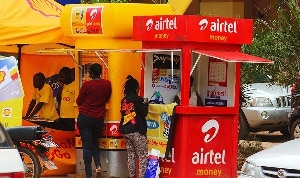 The Electronic Transaction Levy (e-levy) rate has been slashed by 0.5% by the government.

This was announced by the Finance Minster, Ken Ofori-Atta, during the 2023 budget statement read in Parliament on Thursday, November 24, 2022.

The e-levy was formerly at a rate of 1.75% during its proposal stage. It was however, reduced to 1.5% when passed into law.

The GH100 daily threshold, which has been in effect since the tax measure’s adoption in May of this year, will also be eliminated, Mr Ofori-Atta continued.

“Mr. Speaker, we will undertake the following actions, initiatives, and interventions under the seven-point agenda. To aggressively mobilize domestic revenue, we will among others: Increase the VAT rate by 2.5 percent to directly support our roads and digitalization agenda; Fast-track the implementation of the Unified Property Rate Platform programme in 2023; and Review the E-Levy Act and more specifically, reduce the headline rate from 1.5% to one percent (1%) of the transaction value as well as the removal of the daily threshold,” he said.

The implementation of the e-levy commenced in May 2022. Since its presence, government has been unable to rake in the expected revenue due to opposition from some members of the public.

To remedy this challenge, experts called on the government to reduce the rate.

The presentation of the budget is in accordance with Article 179 of the 1992 Constitution and section 21 of the Public Financial Management Act, 2016 (Act 921).

The “Nkabom budget” has been delivered in a year that has experienced what can be called the worst economic downturns in the fourth republic.