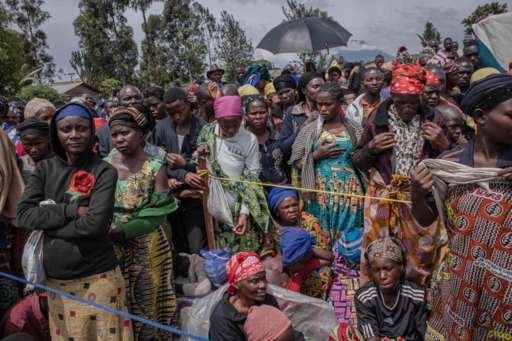 In the Democratic Republic of the Congo, the M23 rebel group has condemned “genocide and targeted killings” against the Tutsi community by government forces and their allies in the east.

It asserted that the government’s coalition forces “attacked our positions in Bwiza and its surroundings on Tuesday, in total violation of the current ceasefire.”

The M23 claimed that government-allied forces had killed innocent civilians, destroyed their homes, looted and slaughtered their cattle, and that the ongoing attacks had displaced and injured many civilians.

“These targeted killings of Tutsi, and those who have rejected the genocide ideology by the said DR Congo government’s coalition, while the international and national community remained tight-lipped, take us back to the time prior to the genocide of 1994 perpetrated against the Tutsi in Rwanda,” it said in a statement.

The group has said that it will not “stand by and watch” as civilian populations get killed, adding that it’s “ready to intervene and stop these horrific massacres”.

The army has not spoken about the allegations but had last week accused the M23 of killing dozens of civilians in the eastern town of Kishishe, which they denied.

The statement by the M23 comes after the group agreed to withdraw from occupied territory following sustained pressure from the government and international community following resolutions agreed on by heads of states during a recent meeting in the Angolan capital, Luanda.

Over 50 Congolese armed groups that attended peace talks which concluded this week in Nairobi also announced that they had agreed to lay down their weapons.