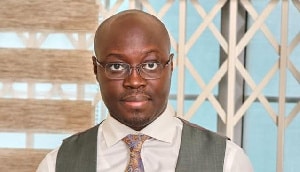 Dr Forson would be assisted by Mr Kofi Armah Buah, the new Deputy Minority leader who takes over from Mr Klutse Avedzi.

Mohammed-Mubarak Muntaka is no longer the Deputy Minority Chief Whip. That position is now occupied by Kwame Agbodza, who will be assisted by Banda MP, Ahmed Ibrahim and Ada legislator, Comfort Doyo Ghansah respectively.

The NDC is yet to reveal the rational behind the changes, but it is reported that some members of the NDC are against the leadership’s decision.