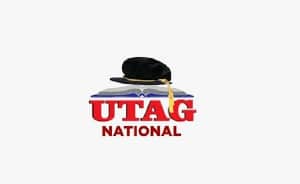 The debt exchange program that the government launched on December 5, 2022 has drawn the attention of the University Teachers Association of Ghana (UTAG).

As they have spent years saving for their retirement, the Union claims that the government shouldn’t in any manner affect their pension savings.

They added a warning that the administration would not take lightly any dissent to this.

“Our opinion is that our money should not be touched, pensions of our members and Ghanaians should not be affected as a result of the debt exchange programme because these are monies that they have legitimately contributed for their entire working lives, and they should be allowed to enjoy it while they are in pension,” Dr. Asare Asante-Annor, National Secretary of UTAG was quoted by myjoyonline.com.

He also noted that members of the association should not be made to bear the brunt of the government’s “irresponsibility” while urging the president to reduce the size of government.

“We also ask the government to go ahead with measures which will also control their expenditure. We have a lot of local resources that we believe we should make use of it efficiently.

“We have also talked about the size of government to be reduced significantly so that we know that we all share the burden. Also, some of the flagship programmes will have to be looked at critically,” he said.

The debt exchange programme announced by the government has come under heavy opposition from various Associations and Unions including the Trades Union Congress (TUC), the Ghana Medical Association (GMA), and the Chamber of Trustees.

These unions have argued that the programme will not serve their best interest as their investments will be greatly affected.