by Amanda Cartey
in News

After a US Supreme Court draft decision on Roe v. Wade was leaked in May, Dr. Joshua Trebach noticed a disturbing turn in the online conversation around abortion.

“I started seeing things on social media, things like TikTok, Twitter, Facebook, Instagram, people saying ‘oh, if Roe v. Wade does get overturned, here are some secret, sneaky ways that you can drink some tea and have an abortion,’ ” Trebach said.
Now that Roe v. Wade has been overturned and some states are putting strict limits on abortions, there’s widespread confusion about whether the procedures are available and to whom. Physicians and poison control officials say they’re worried that people seeking abortions will turn to ineffective and dangerous methods shared online, potentially delaying or preventing safe, proven abortion care.
Social media companies told CNN they’re taking a range of actions, including reviewing some abortion-related posts, elevating content from verified sources, and labeling or removing certain posts.
This type of abortion misinformation is “scary,” said Trebach, an emergency medicine physician and a medical toxicologist in New York City. Some herbs people described may not do anything at all. Others could have a range of medical effects or even be deadly.
Myths about abortion and women’s mental health are widespread, experts say
Trebach said the online posts he saw came from unverified sources and described substances he learned about only in toxicology training. In the US, many herbs and supplements are regulated as food, not drugs, meaning there isn’t safety or efficacy data to back their use. Negative effects from an herb can’t always be treated easily, he said.
“At the end of the day, nothing — no plant, no herb, no tea, no tincture — is going to be safer or more effective than the current medical standard of abortion, the current medical therapies that we have,” he said. “Nothing is a fair substitute for that.”
Julie Weber, board chair of the American Association of Poison Control Centers, said centers have not seen an increase in exposure calls about people attempting abortions, but they’re preparing for it. People can call the association at 1-800-222-1222 or reach experts at poisonhelp.org if they have questions about a substance and its potential effects.
“When I hear or start seeing questions on social media, I hear of people talking about alternative medications or herbal products or supplements, I do get concerned,” Weber said. “And I am concerned with this, and we do want to get that message out there that this is not necessarily a safe alternative or one that’s even going to be effective.”

Andrea Miller, president of the advocacy group National Institute for Reproductive Health, has seen abortion misinformation online and said some of it might be coming from “well-intentioned people who are outraged and fearful and want to help right now, but they may inadvertently be sharing information that isn’t accurate or directing people to nefarious resources without realizing it.”
Miller also worries that some posts may be designed to misinform and confuse.
“There has been a calculated, pernicious misinformation campaign that has been many decades in the making from those who are opposed to reproductive freedom, and we anticipate that that is going to be ratcheted up significantly now,” she said. 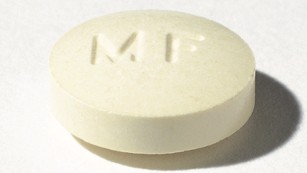 What is medication abortion, and who has access to it?
One TikTok video — with hashtags such as #womenshealth and #womensrights — listed a range of fruits, herbs and other “DIY” methods that it claimed could induce abortions.
It got more than 244,000 likes before CNN flagged it and it was removed by the platform last week.
TikTok says it’s removing videos about abortion that violate its policy against medical misinformation, although it allows other content on the topics, such as videos discussing access to the procedure, according to a spokesperson. The short-form video platform is also redirecting searches for certain hashtags such as #herbalabortion and #naturalabortion to its Community Guidelines rather than showing results.
Similar posts with misleading, potentially dangerous claims about inducing an abortion have also been shared on Twitter and Facebook, although most appeared to have less reach and engagement than on TikTok.
A Facebook spokesperson said that posts about abortion may be reviewed by its third-party fact-checking partners, and content that is rated “false,” “altered” or “partly false” by fact checkers will have its distribution reduced. Facebook pages, groups or accounts that repeatedly share content debunked by fact checkers may also have their reach reduced or lose the ability to advertise or monetize, according to the company.
Two posts listing potentially harmful claims about self-induced abortion that CNN flagged to Facebook had not been labeled by fact checkers, which choose which content to review, as of Wednesday.
Twitter says it is working to “pre-bunk” misinformation by elevating reliable sources, including on its Trends and Twitter Moments features, according to a spokesperson. Twitter’s rules generally do not prohibit discussion of abortion, contraception or related topics; under the platform’s misinformation policy, it takes action against misleading information related to Covid-19, civic integrity, synthetic and manipulated media, and crisis situations, but the policy does not mention abortion.
As of Wednesday, the platform had not labeled or removed several posts flagged by CNN that contained advice on using herbs or large doses of medication that toxicologists said could be ineffective or harmful.
Miller advises people seeking abortions or information about the procedure to approach the issue in the same way they would any other health concern:
“That is to make sure that they are seeking it out from reputable sources, or if they think ‘hey, that’s an intriguing post, that’s an intriguing thing, I might want to check that out,’ make sure to do some additional research if you’re not confident of the source, even if it’s one of your closest friends and you’re not sure where they got it and they’re not sure where it came from.”

Doctors CNN spoke with said they’re worried that videos containing abortion misinformation imply there are no paths to legal abortion — which could distract from safe, available options and create more confusion.
“I feel like nowadays, we are lucky that we do have very safe medication abortion options for people, and I’m worried that if people are circulating misinformation, then people will not know that there are ways that they can access safe methods,” said Dr. Jody Steinauer, director of the UCSF Bixby Center for Global Reproductive Health. 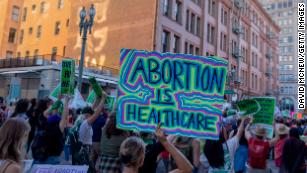 Demand for abortion providers is expected to surge in some states. Doctors and nurses turned to TikTok to offer help
Although there are medications that are approved by the US Food and Drug Administration to allow abortion to take place at home, some people may assume they can’t access them, Dr. Nisha Verma, a fellow with the American College of Obstetricians and Gynecologists and an ob/gyn with a specialty in complex family planning.
“Some people may also turn to unsafe abortion methods when they feel they have no other option or based on information they are gathering on social media,” Verma said.
Posts and content on topics that inspire emotion are much more likely to go viral on social media. And that can be dangerous when they contain false or misleading claims.
“Misinformation can be harmful because it may lead people to try to end their pregnancies in an unsafe way, potentially exposing them to serious bodily harm. While people can self-manage their abortions in a safe way, spreading misinformation about unsafe methods of abortion is incredibly dangerous,” Verma said. 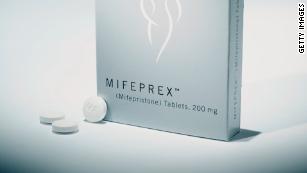 Internet searches for medication abortion reached record highs after Supreme Court leak
However, without a federal constitutional right to an abortion, access to abortion differs from state to state. The Biden administration is working across multiple federal agencies to respond to the Roe v. Wade reversal.
On Tuesday, the Justice Department announced a task force aimed at identifying ways to protect reproductive rights in the wake of the Supreme Court decision that struck down the federal right to abortion. And last week, President Joe Biden signed an executive order aimed at protecting access to reproductive health services.
The order attempts to safeguard access to medication abortion and emergency contraception, protect patient privacy and launch public education efforts. It also aims to bolster the security of and the legal options available to those seeking and providing abortion services.

Even before the Supreme Court decision, there was evidence that some people tried to self-manage abortions with things like herbs, physical trauma and uterine trauma, said Jenny Higgins, a professor of obstetrics and gynecology at the University of Wisconsin, Madison.
“We, of course, know those techniques are ineffective and, in some cases, also harmful,” Higgins said.
When it comes to methods circulating on social media, she said, her bigger concern is that they will use up valuable time. 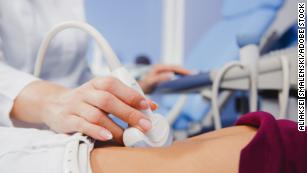 Abortion laws impact people trying to become pregnant, too
“Someone might look into alternatives such as herbs, spend time trying to gather information, procure that substance, take the herb, take it again, take it again, and by then, they are later in gestation and maybe even less likely to be able to access effective methods,” Higgins said.
“There’s a real-time constraint here,” she said. “The later people are in gestation, the more effort that needs to be involved in the abortion.”
Being on the border of 10 to 12 weeks of pregnancy can make a big difference in whether someone can safely use FDA-approved abortion drugs, she said.
The available methods for self-managed abortion today are very different from in the pre-Roe era.
“I want people to understand that now we have the very same pills, the very same FDA-approved pills that are used in standard abortion care can be ordered online,” she said. “There are self-managed techniques that are extremely safe and effective.”
Source: CNN
Tags: abortionBidenPresident Joe Biden
Previous Post