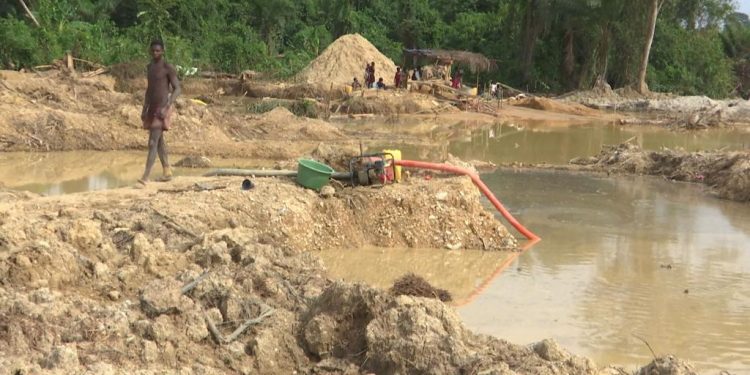 The Concerned Small Scale Miners Association believes that the fight against illegal mining can be won if the government takes action beyond expressing its commitment to it.

The President of the Concerned Small Scale Miners Association, Michael Peprah, said government officials involved in the activity must be held accountable.

“We believe that the fight can only be won if we decentralise the fight to the district level, and a lot of DCEs have come out to be accomplices in this galamsey problem.”

“It is not going to be easy, but I don’t believe in words. No matter what it is, we can still salvage the problem,” he said.

President Akufo-Addo on Wednesday held closed-door meetings with the National House of Chiefs and Metropolitan, Municipal and District Chief Executives over the grave destruction caused by illegal mining.

The President reiterated his resolve to ending the menace while charging the traditional authorities to support the government.

While speaking to MMDCEs, for instance, President Akufo-Addo said that he will not shield any government official found complicit in galamsey activities.

“I ask all of you to join hands in the fight against illegal mining. We have to win that fight, to protect our heritage for the next generation.”

Fat Bear Week: Competition is on for Alaska’s bulkiest grizzly

Fat Bear Week: Competition is on for Alaska's bulkiest grizzly