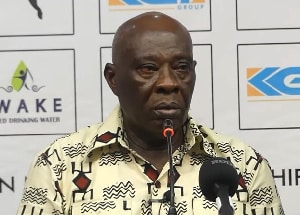 Dan Quaye, a former player for the Accra Hearts of Oak, has offered his opinion on the club’s choice to fire coach Samuel Boadu. Samuel Boadu, according to

Dan Quaye, is one of the best and most talented coaches Ghana has ever produced. He never agrees with the management’s choice to fire the coach.

The club’s administration fired Samuel Boadu after he had a terrible start to the current betpawa premier league with one loss and two draws after three games played. Boadu had earned the club their first premier league title in ten years.

Speaking to Rainbow Radio 87.5Fm, Dan Quaye was emphatic that he will recommend coach Annor Walker to his former club, and compared him to Carlo Ancelotti of Real Madrid with his experience on the touchline.

He went on to say that it is always good in the African continent to appoint coaches from your hometown because they can help the club succeed, citing the case of Jones Attuquafio who helped the club some years ago.

He stated that going in for an expatriate will not help because they only come in to help the clubs sell their players.

PURC: We are closely monitoring why ECG prepaid customers are unable to top-up

PURC: We are closely monitoring why ECG prepaid customers are unable to top-up