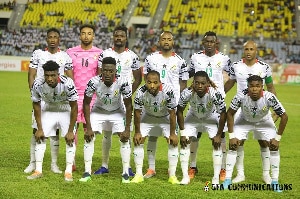 The Medeama owner believes the Black Stars look much strong with the inclusion of Inaki William and Tariq Lamptey, who recently switched nationality.

“Current Black Stars setup will beat the previous record set in 2010. Otto Addo is a great coach. With likes of Inaki Williams, and Tariq Lamptey coming in, it makes us much stronger,” told TV3

In 2010, Ghana came close to becoming the first African side to reach the semi-finals of the World Cup but suffered a penalty shootout defeat to Uruguay.

Ghana will look to beat the record in the forthcoming World Cup in Qatar. The Black Stars have been drawn in Group H World Cup alongside Portugal, Uruguay, and South Korea.

The 2022 FIFA World Cup tournament is scheduled for November 21 to December 18.