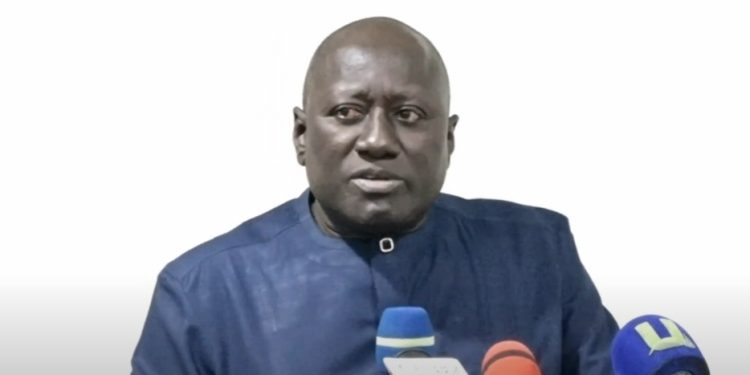 A former Commissioner of Customs Division at the Ghana Revenue Authority, Colonel Kwadwo Damoah and a former Deputy Commissioner of the Division, Joseph Adu Kyei, have sued the Office of the Special Prosecutor (OSP) over the Labianca report.

They are seeking the court to dismiss the investigative report by the Special Prosecutor into the activities of Labianca Company Limited, a frozen foods company.

Col. Damoah was removed as the Commissioner of the Customs Division in the wake of the Labianca saga.

Earlier, when the Labianca report was released, he accused the OSP of targeting his person in an attempt to bring him down. In his view, the report is hollow and actuated by malice.

The OSP also called for wider investigations into the Customs Division of the GRA and demanded for a copy of Integrity plans to prevent corruption.

A Council of State member, Eunice Jacqueline Buah Asomah-Hinneh, who owns Labianca Company and is a member of the Board of Directors of the Ghana Ports and Harbours Authority was accused of using her position to get a favourable decision from the Customs Division of the GRA, leading to a reduction in her company’s tax liabilities.

A Deputy Commissioner of Customs in charge of Operations, Joseph Adu Kyei, was cited for issuing unlawful customs advance rulings to Labianca, according to the Special Prosecutor’s report.

This led to the reduction of the values of intended imports between a range of 5 percent and 10 percent
below the benchmark values.

The ruling was said to have been approved by Col. Damoah.

Though Col. Damoah distanced himself from the wrongdoing, the Special Prosecutor found that he gave his “tacit approval”.