Car collision at Yizesi: One dead, three others in a critical condition 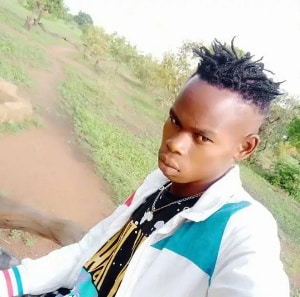 One person has been confirmed dead while three others are battling for their lives at the Sandema Government Hospital after they collided with their respective motorbikes, GhanaWeb reports.

The incident happened on Monday, September 12, 2022, between the hours of 7 PM and 8 PM on the Yizesi-Nangrumah stretch of the road in the Mamprugu Moaduri District of the North East Region.

The deceased, identified as Yakubu Sulley, 21, was confirmed dead by the health workers at the Yizesi health center in the Mamprugu Madurai District of the North East Region after he crashed with Saibu Kadri, 22, who was carrying two young girls from Yizesi to Nangrumah on a motorbike to allegedly prospect for gold.

Saibu Kadri and the two young girls all had their left legs fractured with various degrees of injuries.

According to the locals, the victims suffered for some hours before an ambulance could travel from Fumbisi in the Upper East Region to Yizesi to take them to Sandema due to the broken-down nature of the Yagaba-Kubori constituency ambulance as a senior brother of Kadri, Sombelungu Hamza attested to.

“Our District ambulance is not functioning so we had to call the ambulance service through the Upper East Region to come. We told them that we have an accident case in Yizesi so they should quickly come and help us. They agreed, but they told us that we were going to pay Ghc400 but when they saw the two victims upon arrival, they asked us to pay Ghc500 instead of the agreed Ghc400 but what could we do?” he lamented.

However, the third victim was taken to the Sandema hospital by a pick-up vehicle. All three victims are currently responding to treatment at the Sandema Government Hospital in the Upper East Region.