Canada will increase its aid to Ukraine 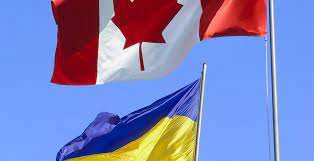 The additional funding, which will help fund military, surveillance and communications equipment, fuel, and medical supplies, will be added to the $3.4 billion in Canadian assistance to Kyiv for its defence against Russia’s invasion, according to Trudeau’s office.