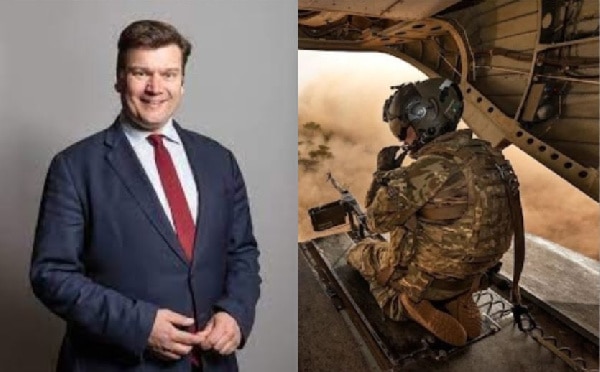 The British government has denied reports that it intends to deploy some Special Forces to Ghana following the withdrawal of some 300 peacekeepers from Mali in the wake of frosty relations with Bamako over the involvement of Russian mercenaries in the fight against terrorist groups in the Sahel.

UK-based ‘The Telegraph’ in a report stated that British ministers are also expected to be in Accra to hammer out a new security agreement which will position Ghana and by extension Burkina Faso as the new front line against terrorism.

The report said it was unclear if the move was a face-saving operation in the wake of the mission in Mali being shut down or something more significant as British forces already train troops in Ghana.

Reacting to The Telegraph’s reportage, the UK Minister for Armed Forces and Veterans indicated that the media outlet misunderstood the briefing they had from the UK government.

According to James Heappey, British troops are already in Ghana training the Ghana Armed Forces and the UK government has no plans of sending more troops to Ghana.

“I think they’ve just slightly misunderstood whatever they were briefed. The reality is that there are already UK troops here in Ghana training your Armed Forces. There is currently no plan to send anybody else.

“If American, British and French troops were to come to Cote D’Ivoire, Ghana Togo and Benin, we won’t make things better because that doesn’t help. And that’s why your President entirely is right. This needs to be a West African solution to a West African problem,” Heappey told Accra-based Joy News on Tuesday, November 22.

The British government has denied claims that it has been invited to send Special Forces to Ghana after it was forced to withdraw all its peacekeepers from Mali.

Meanwhile, the Government of Ghana has also denied The Telegraph’s reportage.

A statement from the Ministry of Foreign Affairs and Regional Integration said the Government of Ghana has had no interactions with the UK Government aimed at deploying UK soldiers to Ghana as described in the story.

The statement explained that the presence of the UK Minister for the Armed Forces in Accra was to participate in the Accra Initiative Conference on the 21st and 22nd of November 2022.

“The Government of Ghana wishes to state that the information regarding British Special Forces is false. Neither Ghana nor any other member of the Accra Initiative has discussed with any partner, any such request nor contemplated the involvement of foreign forces in any of their activities,” the statement from the Ministry stressed.

2023 Budget must chart clear path to recovery – AGI and GNCCI

2023 Budget must chart clear path to recovery - AGI and GNCCI