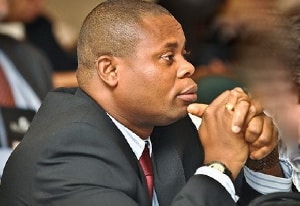 Franklin Cudjoe, the president and founder of IMANI Africa, has revealed that the government‘s current debt restructuring scheme has caused him to lose more than GH100,000.

Franklin Cudjoe criticized the administration in a message that was published on Facebook on Wednesday for the way it was handling the economy.

He asked Ghanaians to carefully consider the candidates they choose to govern the nation.

“Based on Marked to Market value, I received a haircut in my EDC investment of slightly more than 100,000 cedis throughout the years.
In a somewhat harsh addition, my fund manager says that investors who decide to hold onto their investments until Ghana’s macroeconomic situation and bond prices improve are unlikely to collect these losses.

“Folks, based on IMANI’s analysis of government handling of finances from 2010 to 2022, leading to the publication of IMANI’s Fiscal Recklessness Index, this means waiting for at least 8 years for governments not to be so reckless in pretending to manage the economy.

“And this will be hoping against hope. Until we fix our broken political system that rewards cheap sloganeering with limitless tax and borrowed funds to be splurged at will, we are going nowhere,” he said.

He stated in a four-minute address that the announcement was in line with government’s Debt Sustainability Analysis as contained in the 2023 budget he presented to parliament on November 24.

The minister laid out, among others, the exchange of existing domestic bonds with four new ones as well as their maturity dates and terms of coupon payments.

He also addressed the overarching goal of the government relative to its engagements with the International Monetary Fund as well as measures to minimize impact of domestic bond exchange on different stakeholders.

“The Government of Ghana has been working hard to minimize the impact of the domestic debt exchange on investors holding government bonds, particularly small investors, individuals, and other vulnerable groups,” he said before outlining three main measures:

• Treasury Bills are completely exempted and all holders will be paid the full value of their investments on maturity.

• There will be NO haircut on the principal of bonds.

• Individual holders of bonds will not be affected.