Reigning Best New Artiste of the Year at the Vodafone Ghana Music Awards (VGMA), Black Sherif has won an injunction case filed against him by his ex-manager, Shadrack Agyei Owusu preventing the singer from performing a song he released under him.

The Accra High Court (Commercial Division) presided over by Her Ladyship Justice Akua Sarpomaa Amoah has dismissed the injunction which was filed against Black Sherif on April 11, 2022, GhanaWeekend.com reports.

Black Sherifâ€™s ex-manager prayed the High Court for the following reliefs; an injunction to stop the musician from performing and exploiting his talent until the case is tried and judgment pronounced, that Black Sherif be charged GHS1m for breach of contract, that he would be granted interim preservation and the appointment of a receiver to manage and account for proceeds from performances and streams of Black Sherifâ€™s.

Announcing her verdict on the case, Her Ladyship Justice Akua Sarpomaa explained that the injunction if granted would harm the artiste.

Justice Sarpomaa Amoah held that Defendant will suffer grave injustice if the motion was granted, the portal reports.

“According to the court, there was evidence that has not been challenged that Black Sherif was no longer bound by the contract after terminating it,” the report further said.

Lead Counsel for Black Sherif, Samson Lardi Anyenini thanked the court and said he was waiving the cost against the Plaintiff because that will not help ongoing negotiations by the parties to resolve the matter amicably.

In April 2022, Black Sherif’s ex-manager accused the â€˜Kwaku The Travellerâ€™ hitmaker of exiting his record label to sign a deal with another label, Empire Entertainment, without his approval.

This particular allegation was first made public by DJ Slim who accused Black Sherif of being an ingrate.

DJ Slim alleged that the artiste had abandoned a 7-bedroom house, a car, and other personal items his manager made available to him for his personal use. 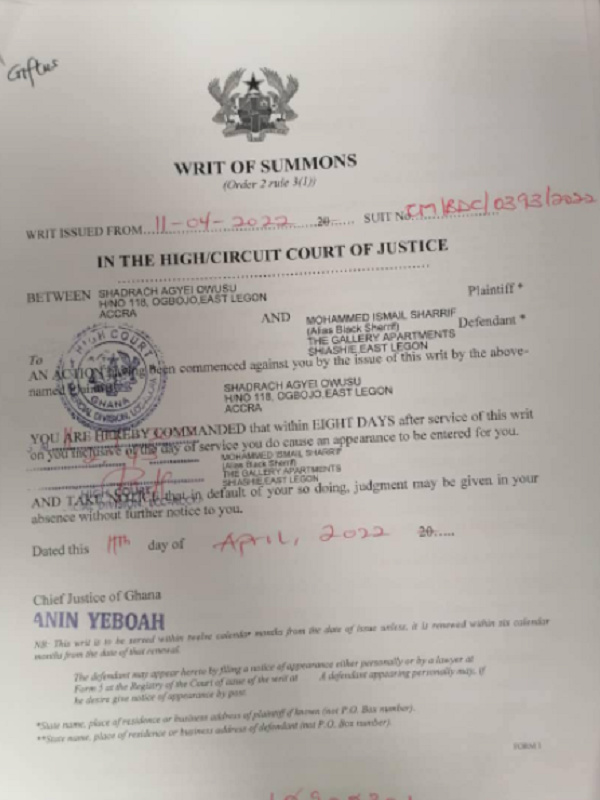 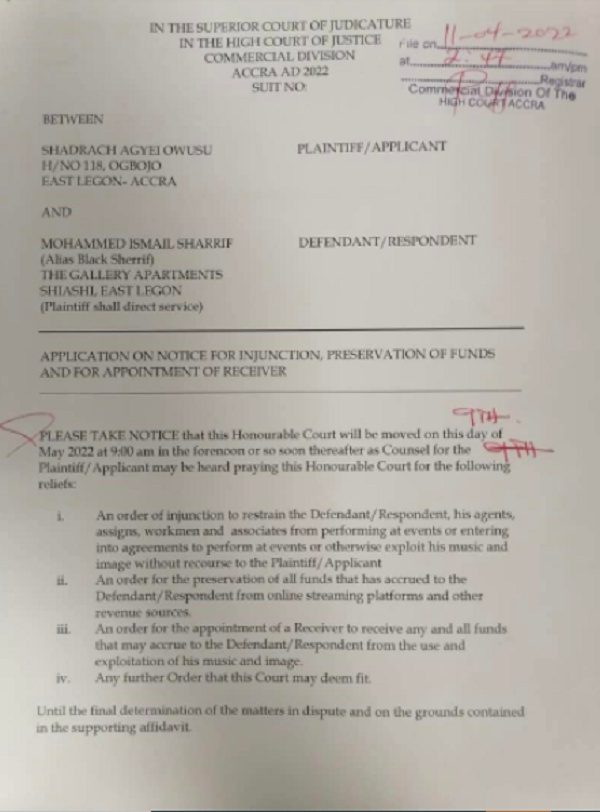