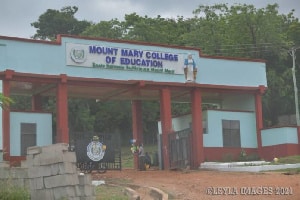 The management of Mount Mary College of Education in Somanya, in the Eastern part of Ghana, is under fire from teacher candidates for allegedly trying to pilfer GH279,104 that was due to be returned to them.

The students claim they paid for their food for four months as they awaited repayment from the government, but when the Student Loan Trust Fund released the money for the students to receive—GH784.00 for each student—management refused to give them the money.

The 356 students stated they have not received any of the GHc279,104.00 in refunds that they claim they are entitled to from the government.

The students accused the SRC of conniving with the management on the alleged embezzlement.

They also complained of poor feeding despite the payment by government through the student loan Trust Fund.

Shatta Wale is not loved by the media, its all street love – Jupitar