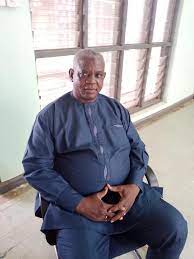 A pro-Alan member, Alhaji Hindu Abdallah says that after Bawumia formally declares his political aspirations, he will run a campaign for him.

Vice-President Dr. Mahamudu Bawumia is being supported by Alhaji Hindu Abdallah, a well-known activist and Alan Kyerematen’s Northern Region coordinator, to run as the candidate for the governing New Patriotic Party (NPP).

According to him, he is not supporting Bawumia because he is a Muslim or a Northerner, adding the economist is the best thing to have happened to the party.

“Don’t get me wrong… I’m not supporting Bawumia because he is a Northerner or Muslim but rather I am supporting him because he is competent and the best to lead the party,” the former Northern regional organizer of the NPP told Radio Tamale.

Alhaji Abdallah said he will campaign for Bawumia once he makes his political ambitions known publicly and officially.

“If Bawumia comes out today to declare his intention to contest as NPP flagbearer you cannot leave me out as his lead campaigner,” he said. “You can peddle all the falsehood in the world but the truth is that I am a diehard Bawumia person.”