Once again, the mother of one, popularly known as Akuapem Poloo has crossed borders with her â€˜crazinessâ€™.

With series of rants on social media yesterday, Poloo dragged TV3 to the cleaners for failing to premiere her debut music video, which has been shot to her â€œSexy Polooâ€ song which features Tic and a budding singer known as Tayst.

According to the actress, TV3 rather used her to promote ‘Attaa Adwoa’ during her interview on the channel.

However, even though Rosemond Brown was angry and serious about what happened, how she registered her displeasure of the situation rather came off funny to viewers of the video due to how she butchered the Queenâ€™s language.

Poloo either didnâ€™t pronounce her words well or misused them.

The video has therefore caught the attention on top Nigerian act, Olamide, who shared the video on his 5.9m following Instagram page which attracted comments from Wizkid and other Nigerian acts.

See the screenshot plus video below for more. 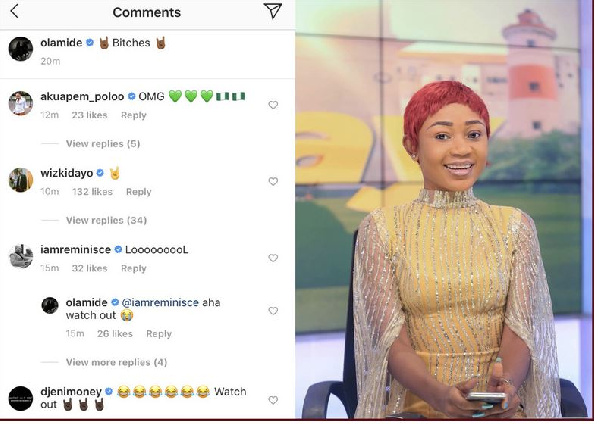