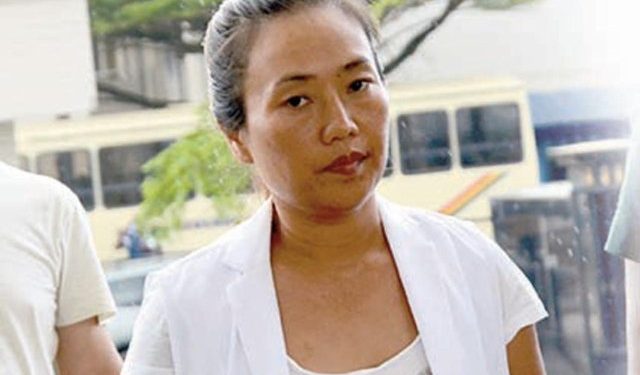 The second prosecution witness in the case of Aisha Huang has told the High Court in Accra that the Chinese galamsey queen used a forged marriage certificate and Ghanaian passport to gain an indefinite residence permit.

The witness, Superintendent of Immigration David Essien is attached to the Kumasi Enforcement Unit of the Ghana Immigration Service and has worked for the service for the past nine years.

He told the Court that Aisha Huang contracted a “supposed marriage to a Ghanaian known as Anthony Fabian”, based upon which she was granted the indefinite residence permit.

Investigations however revealed, according to Supt. Essien, that the documents were forged in her application for the permit.

The permit was consequently revoked by the Comptroller General of the Ghana Immigration Service on grounds of fraudulent misrepresentation.

Aisha Huang was also subsequently repatriated on December 19, 2018; the witness told the Court.

The case has been adjourned to Tuesday, November 15, 2022, for lawyers for Aisha Huang to continue with their cross-examination.