Ahead of Roger Federer’s farewell tennis match later  this evening, a protester on the court at London’s O2 appeared to accidentally light fire to his arm.

The incident happened during the opening session match between Stefanos Tsitsipas and Diego Schwartzman on the first day of this year’s Laver Cup. 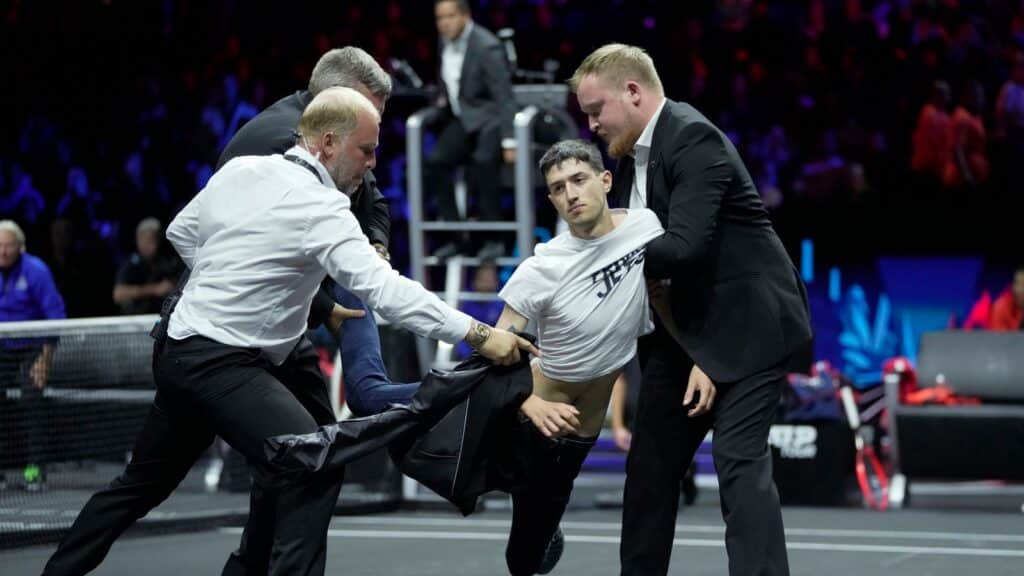 After a brief delay, the match, the second of the first day, was able to resume.

Tonight, Swiss star Federer, 41, will play for the final time before retiring from tennis.

The 20-time Grand Slam champion will team up with old rival Rafa Nadal for a match against Frances Tiafoe and Jack Sock of Team World.

Last week Federer announced his retirement after being faced with challenges in the form of “injuries and surgeries” and said he will stop playing competitively after the Laver Cup.

Ahead of tonight’s match, the tennis star teased fans and wrote on Twitter: “about to hit the practice courts one last time with @RafaelNadal. might do an IG Live on the way..”

Federer, who has won 20 Grand Slams including eight Wimbledon titles, created the tournament with his agent to honour his idol, Rod Laver.

Crocodiles under threat from a South African dam