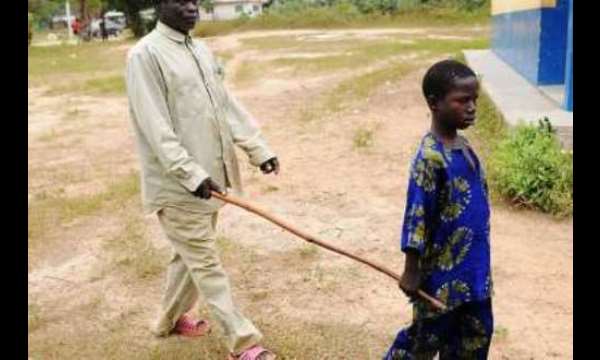 Dr. Hornametor Afake, the Head, Eye Care Unit of the Ghana Health Service (GHS) who disclosed this said the survey was conducted in the country in 2015 for various eye diseases.

This was in a speech read on his behalf by Dr. Louis Oteng-Gyimah, an Ophthalmologist at the Sunyani Seventh Day Adventist (SDA) Hospital at the opening of the 10th Annual General Meeting (AGM) of the Ghana Optometric Association (GOA), underway in Sunyani.

The three-day Meeting is on the theme “Eye Care for All by 2030: Harnessing the Optometry Potential in Ghana”.

In a breakdown, Dr. Afake enumerated the causes of blindness to as 127,000 (54.8 per cent) cataract, 45,000 (19.4 per cent) glaucoma and other causes including posterior segment diseases and corneal opacity.

About 332,000 Ghanaians representing 1.07 per cent of total national population have a severe visual impairment with refractive error 44.4 per cent and 42.2 per cent cataracts, he said.

He emphasised the role of the optometrists remained key to the achievement of the targets, regretting that about 67 per cent of people with vision impairment and about 95 per cent of those who needed glasses in the country did not have access.

Dr. Afake said the National Eye care Unit would continue to work with all eye care professional groups, including the optometric association to deliver comprehensive and quality eye care services to the national population.

“Currently, we have about 506 optometrists in the country and this gives a ratio of 1 optometrist to about 62,000 Ghanaians which is acceptable by WHO standards, but the real issue is the regional distribution”, he said.

Dr. Afake therefore called on members of the Association to accept postings to all districts in the country to make eye care available, accessible and affordable for everyone.

Dr. Mahama Asei Seini, a Deputy Minister of Health underscored the need for everybody to be conscious and take good care of their eyes, saying the government would also ensure that Ghanaians access quality eye care services as well.

Superintendent Dr. Ninkpe Remi, the out-going President of the Association said the GOA had bounced back onto the international optometry platform in their last four years, saying Ghana was now the Secretary-General of the entire African Optometry Community.

He urged members of the Association to safeguard its reputation and decency on the professional stage, saying “the good people of Ghana will not smile on us if we fail to make them see well but rather neglect their sight needs and concentrate on our parochial professional differences”.

Dr. Remi called on the Ghana Health Service eye care secretariat to do its best in making “this union of inter-professional practice work well for our mutual benefits”.