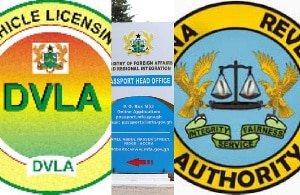 The Member of Parliament (MP) of North Tongu has called out some state institutions for their silence over the issue of Rev Victor Kusi Boateng, the founder and leader of Power Chapel International, illegally having multiple statutory documents under different names.

In a Citi TV interview monitored by GhanaWeb, the MP posited that these agencies should be conducting internal investigations to find out how they issued the same person with multiple documents under different names.

“How did they take advantage of them so easily. GRA, Registrar General Department, Passport Office, DVLA. How did this happen?” he queried.

In an earlier revelation about the National Cathedral, Okudzeto Ablakwa said that a whopping GH¢2.6 million was dished out to a company named JNS Talent Centre Limited.

In his latest exposé, Ablakwa said that further investigations into the alleged payment led to the discovery of one Kwabena Adu Gyamfi as a director of JNS Talent Centre.

Having confirmed the identities of two out of three directors of the centre, Ablakwa dug deeper in a bid to discover the identity of the third director, Kwabena Adu Gyamfi.

According to his findings, citing a number of statutory documents including passports, Tax Identification Numbers and driver’s licenses, Kwabena Adu Gyamfi was the same as Reverend Kusi Boateng, who has allegedly been operating under the pseudonym Kwabena Adu Gyamfi.