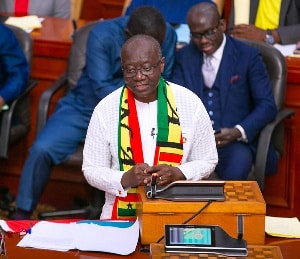 According to Ken Ofori-Atta, minister of finance, the YouStart program has provided support to almost 70 youth-led beneficiaries.

He claims that the government has also given recipients of the scheme GH1.98 million in support.

When Ken Ofori-Atta delivered the 2023 budget statement to the House of Representatives, he noted that the money was given to SMEs in the poultry, agro-processing, ICT, textiles, and food processing industries that were led by young people (under the age of 40).

“Mr Speaker, a launch for the District Entrepreneurship Programme (DEP) component of the programme was held on 14th November, 2022 and it is expected that the launch of the Commercial component of the Programme will occur by the end of 2022 to enable qualified beneficiaries access support,” he stated.
One District One Factory (1D1F).

The Finance Minister also noted that the One-District-One-Factory (1D1F) Initiative continued to make remarkable progress in 2022.

To date, he said a total of 296 1D1F projects were at various stages of implementation, out of which 126 were currently operational, 143 were under construction, and 27 were pipeline projects.

He added that government would in 2023 intensify support to existing and new manufacturing enterprises with technical assistance, credit facilitation, and access to electricity and other infrastructure.

Anas is an ‘anti-corruptionpreneur’ – Amidu

Tema Station: We are not responsible for heap of rubbish at terminal – GPRTU

Top Ugandan doctor defends bending down to the president