4 ways to bring out your partner’s true feelings 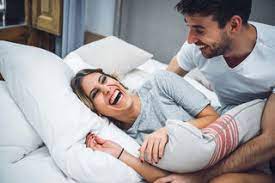 As joyless as your partner seems to be, however, you notice that they refuse to discuss their feelings. Perhaps you’ve just had a pleasant evening with relatives with the exception of a tactless remark someone made toward your partner. On your way home, rather than talk about this incident, your partner just says “It’s fine, I don’t care,” and ends it at that.

If this sort of shoving aside of negative feelings is typical of your partner, it’s possible that they adhere to a kind of stoic attitude in which any exploration of emotions is considered taboo. You don’t want to keep prodding and poking in order to try to get them to open up, but you do wish that there was a way to help your partner feel more comfortable talking about their feelings.

As suggested in new research by Victoria University of New Zealand’s Johannes Alfons Karl and colleagues (2022), what’s called a “naïve Stoicism” could be at the heart of your partner’s tendencies to clam up, especially in emotionally arousing situations.

True stoicism as represented in ancient Greek philosophy involves “a thoughtful engagement with negative thoughts and cultivating moral ideals in one’s life” (p. 2). Indeed, although you might not realize it, the well-established cognitive-behavioral treatment of depression involves exactly this form of classical Stoicism.

In “naïve” Stoicism, these nuances are ignored and individuals adhere to a counter-productive set of beliefs that emphasize emotion non-expression and suppression. Indeed, as the authors note, “the term Stoic has been detached from its philosophical roots and does not represent what the term originally encompassed” (p. 2).

All of this is well and good, but what can you do if your partner has adopted this rigid refusal to enter the world of emotions? Before you decide to sit down with your partner and offer up a lesson in Greek philosophy, you might consider some more practical pathways to help move your partner from naïve to classic Stoicism.

The Four Parts of Naïve Stoicism

Using a measure developed by previous research called the “Stoic Ideology” scale, the Victoria U.-led author team sought to determine whether people scoring high on this measure would also have low scores on indexes of well-being and happiness. Given that attitudes toward emotional expression have a strong cultural component, Karl et al. sought to test the stoicism-happiness relationship in a cross-national sample. The three young adult samples, all recruited through universities, represented the countries of the U.S., Norway, and New Zealand.

To get to the four components of naïve stoicism, the authors used the Pathak-Wieten Stoicism Ideology Scale (PWSIS), composed of the following subscales (along with sample items):

As you can see from these scales, people high in stoicism, as defined by emotional squelching, push out a range of problems and emotions, including the fear of death. This last component of the PWSIS may seem out of place, but according to Karl et al., there is some legitimacy to having at least some form of anxiety about death. To pretend otherwise is to deny a universal piece of the human experience.

Now think about how your partner would reply to these sample items. Do these qualities seem to characterize at least some, if not all, of your partner’s approach to life? If you’re finding it hard to come up with an answer, go back and recall a situation in which both of you witnessed an event that was very sad, either in reality or perhaps in a movie. Did your partner show any emotion at all? Were you able to detect even the slightest hint of sadness?

Thinking about these items, it may also become clear to you how the layperson’s view of stoicism might differ from that of the more classically informed type of cognitive-behavioral therapy. In this approach to treatment, the clinician aims to help the patient delve into their feelings as the first step toward changing the way the patient thinks about the situation that prompted them, but not to sweep them aside entirely.

The cross-national findings of the Karl et al. study contrasted scores on the PWSIS with two types of well-being: Eudamonic, or the sense of flourishing and finding meaning in life, and Hedonic, or feelings of happiness and satisfaction. Consistent with the study’s predictions, people who scored high on all elements of the PWSIS had lower levels of both types of well-being.

The two stoicism scales with the strongest relationship to well-being were Taciturnity and Serenity, although all four were important contributors to both lower Eudaimonic and Hedonic forms of well-being. Apart from Serenity, furthermore, men tended to score higher than women on the PWSIS scales.

Luckily, however, people with naïve stoicism beliefs can be helped. As the authors concluded, “stoic ideology is thought to be malleable and responsive to interventions… and to improve well-being” (p. 15). Importantly, furthermore, it’s not just happiness but fulfillment that can become improved by addressing an individual’s naïvely stoical beliefs.

Taking Those Four Steps with Your Partner

Now that you understand naïve stoicism’s potential impact on your partner’s well-being, you can see that there’s no need to cover ancient philosophy in order to help them improve. Turning the four scales of the PWSIS into practical action, here are specific suggestions:

To sum up, although the quality of stoicism might seem admirable to some individuals, the belief that stoicism means you never show your feelings or even experience them completely can only interfere with well-being. Helping your partner by taking steps down these 4 pathways can provide a new way for both of you to experience greater emotional fulfillment.

Queen’s coffin passes memorials for both of her parents