The Adomi Bridge was officially opened in 1957

Between 1955 and 1956, one of Ghana’s most iconic road infrastructures was built.

Treasured as a national landmark, the arch bridge built from the Lazer – McKenna mathematical model of a suspension bridge has a span of 805 feet with the rise to the crown of the arches of the bridge measuring 219 feet.

The Famous Adomi Bridge previously referred to as Volta Bridge stretches over the Akosombo Lake and serves as a link between the Eastern and Volta Regions.

In some rare pictures shared by a Ghanaian architect, Kuukuwa Manful, the public has been treated to sites of the Adomi Bridge while it was still under construction.

The pictures among other things, show the exhilarating engineering and machinery that went into one of Ghana’s iconic road infrastructure which was officially declared a tourist site in April 2019.

The Adomi Bridge was opened by Ghana’s first President, Osagyefo Dr Kwame Nkrumah and was built at a cost of 682 thousand British pounds.

See the pictures below: 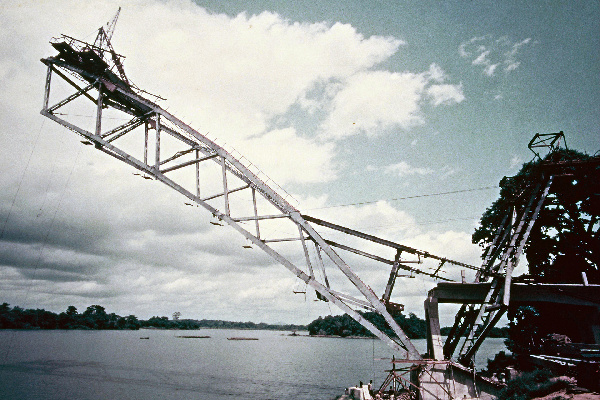 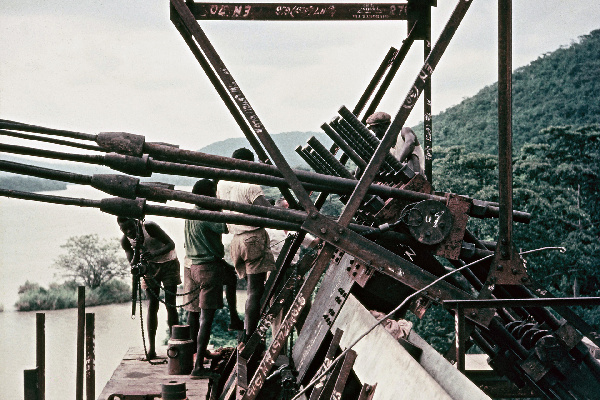 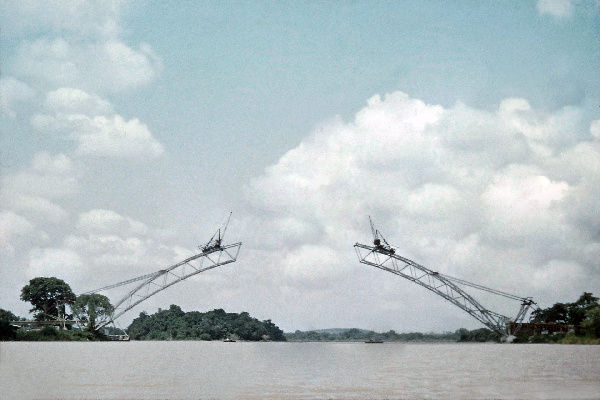 The construction of the Adomi Bridge (formerly called the Volta Bridge)