It was with joy that Okyenhene Osagyefo Amoatia Ofori Panin welcomed a high-powered delegation from the National Health Insurance Authority (NHIA) to the Ofori Panin Fie. 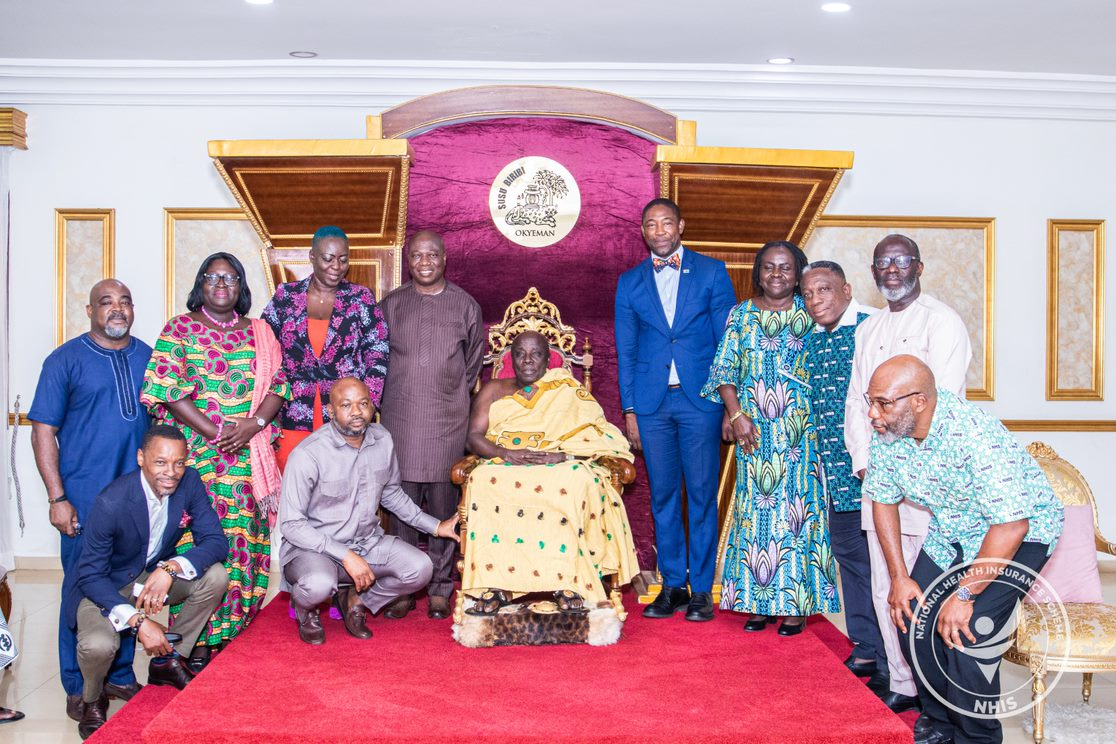 LGBTQ+: Mahama is only ex-president yet to comment publicly – Okoe-Boye points out

This was on Wednesday, June 22nd, 2022, when the newly appointed NHIA Chief Executive, the Board Chair, a Board Member, and Executive Management visited the Ofori Panin Fie, in the Akyem Abuakwa Traditional Area of the Eastern Region.

Okyenhene Osagyefo Amoatia Ofori Panin glorified Dr. Bernard Okoe-Boye and described him as a visionary leader who is not self-centered. 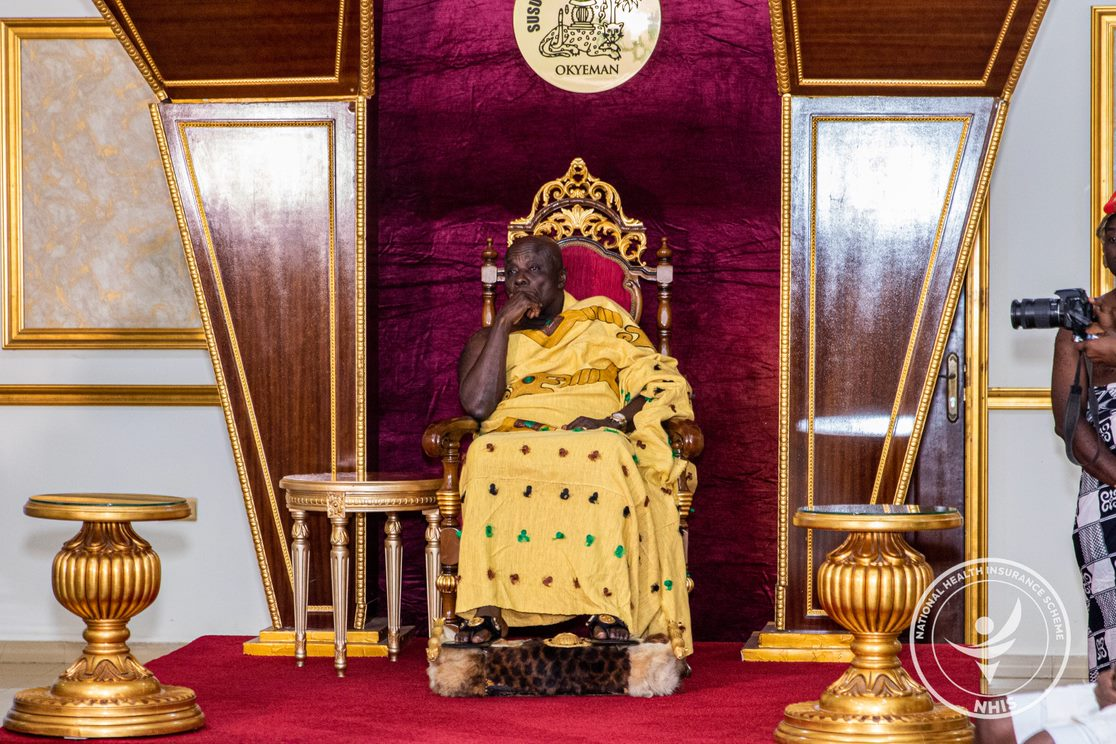 According to the celebrated Environmentalist, the NHIA Boss has never failed in his duties and urged the younger generation to emulate him.

“Okoe-Boye is a listening public servant.”

The revered Overlord of Akyem Abuakwa Traditional Area recounted how the former Member of Parliament for Ledzokuku constituency in the Greater Accra Region sought his advice before venturing into mainstream politics.

He advised public servants to be humble and generous to the people they are serving, adding that, “Let’s eschew tribal considerations in governing the nation.” 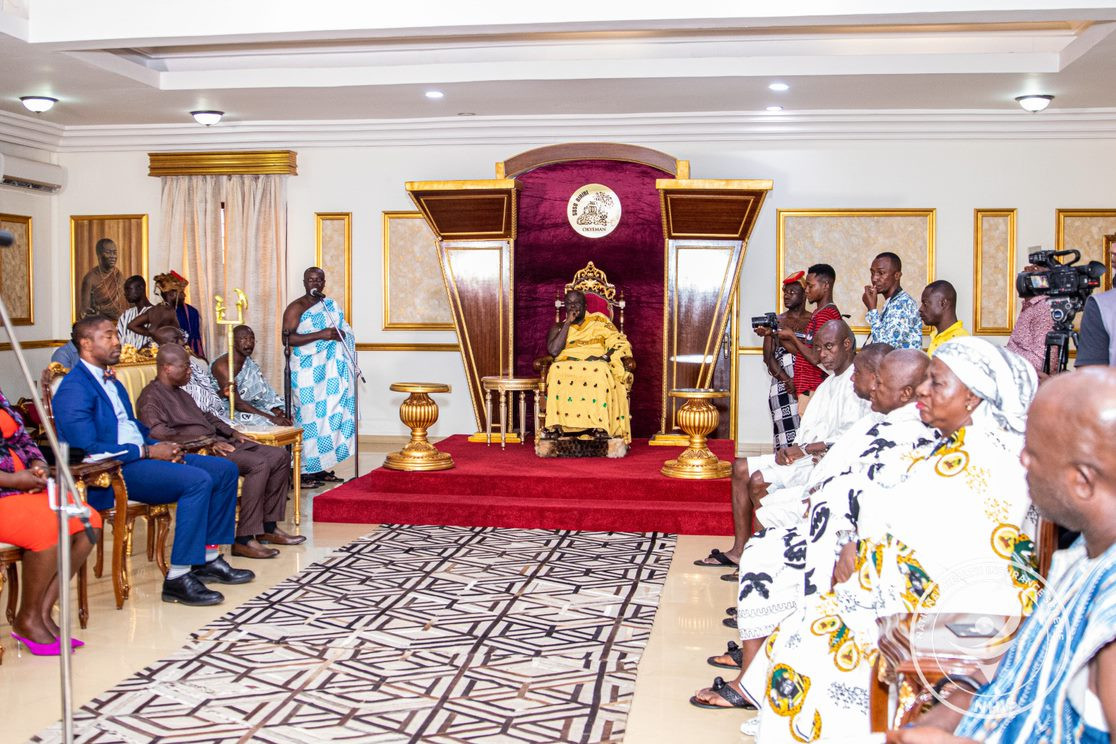 He lauded the government’s pro-poor programs such as Planting for Food and Jobs and Free SHS and concluded that such policies will benefit future generations.

Dr. Okoe-Boye commended Okyenhene’s transformational leadership, saying, “We need such traditional leaders with foresight to move the country forward in the right direction.”

He unveiled the government’s agenda to include sickle cell treatment in the NHIS Benefit Package, effective July 2022.

According to him, by July 2022, the aged above 70 years will have instant activation of their newly registered NHIS cards without serving the one-month period after fresh registration.

Dr. Okoe-Boye’s visit was to cement the bond between the NHIA and the Ofori Panin Fie.

The new NHIA Chief Executive, Hon. Dr. Bernard Okoe-Boye is on a nationwide familiarization tour which began in the Greater Accra Region on June 13, 2022.