Ala Adjetey, Doe Adjaho and 5 other Speakers who have shaped Ghana’s Parliament under the 4th Republic

Ghana has had seven Speakers of Parliament since 1992

The adoption of Ghana’s 1992 Constitution ushered the country into its Fourth and current republic dispensation.

As a nation practising democracy, Ghana’s legislature has been instrumental in the nation’s governance structure by enacting and reviewing laws as well as providing oversight responsibilities to the other arms of government.

As a house, the Parliament of Ghana has always been led by a speaker whose role and authority, among other things, are defined by the Constitution as ranking third in the official order of precedence after the President and the Vice President.

From the commencement of the 1st Parliament of the Fourth Republic in 1993 to the current 8th parliament, the house has been presided by seven speakers who are listed in order of succession below:

He was a member of the Provisional National Defence Council government that governed Ghana prior to the Fourth Republic and was Chairman of the National Commission for Democracy.

With his education, majorly in the legal field, Justice Annan worked at the Attorney General’s department in Accra from 1958 to 1964. He rose from Assistant State Attorney through State Attorney and finally worked as Senior State Attorney during that period. 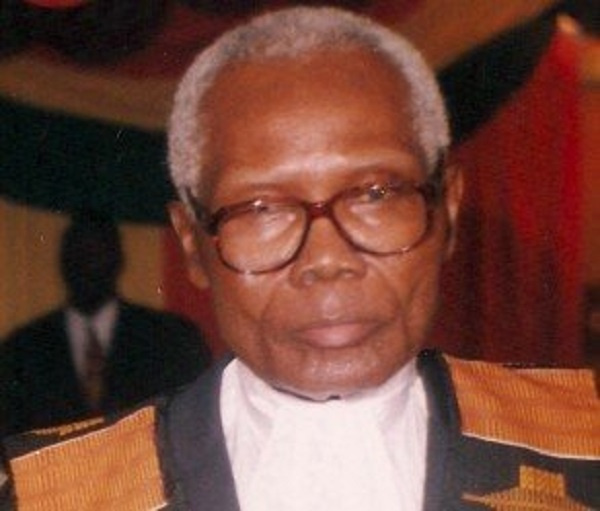 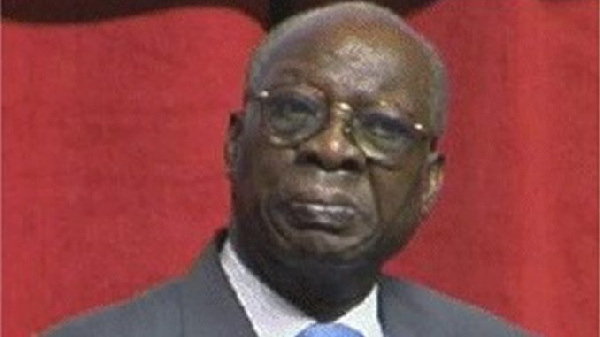 Peter Ala Adjetey was the Speaker of the Parliament of Ghana from 2001 to 2005.

He left a very firm print in the history of Ghana’s legal profession, having worked as a Law Officer with the Attorney General’s department and later becoming a part-time lecturer at the Institute of Adult Education, University of Ghana between 1960 and 1962.

He was also a part-time lecturer at the Ghana School of Law between 1964 and 1968. He also served on numerous boards at various times, including membership of the Judicial Council of Ghana from 1984 to 1989. He was the President of the Ghana Bar Association between 1985 and 1989. He was appointed the President of the African Bar Association in 2000.

Peter Ala Adjetey also had a political life in his history as he was the Member of Parliament for Kpeshie in the Third Republic of Ghana. He was also the leader of the United National Convention Parliamentary group during the same period. In 1995, he became chairman of the New Patriotic Party (NPP), a position he held until 1998. 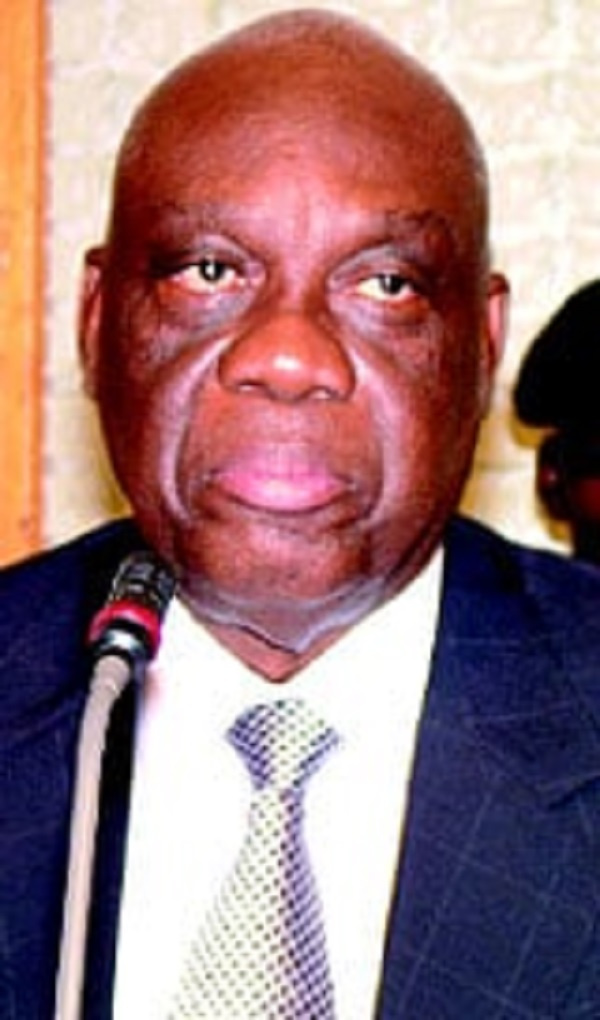 Born on September 4, 1939, Ebenezer Begyina Sekyi-Hughes was admitted to the Ghana Bar as a barrister and solicitor of the Supreme Court of Ghana in 1966 after graduating from the Ghana School of Law with an LLB in the same year.

He did private legal practice in Accra and Takoradi in the Western Region from October 1966. He was appointed notary public by the Chief Justice of Ghana in 1974 and rose to the level of Senior Advocate in 1990. Sekyi-Hughes was the President of the Western Region Branch of the Ghana Bar Association from 1977 to 1981. He was also a member of the Judicial Council of Ghana during the same period.

Sekyi-Hughes was elected by the chiefs and people of the Western Region to the Council of State of Ghana in 2001. Although he lost elections as the first National Vice-Chairman in the late 1990s, he remained loyal to the party until he was re-elected to the National Council of Elders and subsequently appointed as the Speaker of Parliament during the NPP Administration. 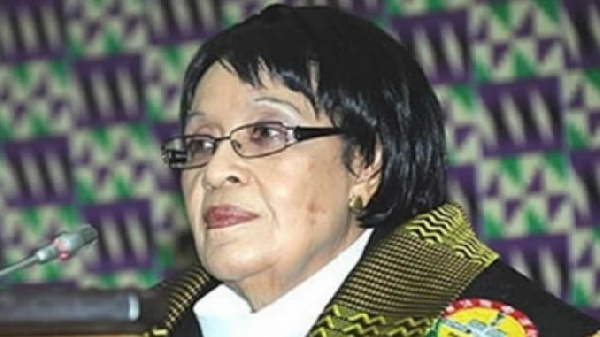 The first and only female speaker in Ghana’s parliamentary history, Justice Joyce Adeline Bamford-Addo, served as the speaker of the Parliament of Ghana from 2009 to 2013, having previously served as a judge in the Supreme Court of Ghana.

Her appointment to the Supreme Court made her the first female to assume a seat on the bench at the apex court of Ghana, where she served from 1991 to her retirement in 2004.

She was a known advocate for women’s empowerment and demonstrated same in many conferences, meetings and workshops both locally and internationally.

She rose to become Chief State Attorney in 1973. She was appointed Director of Public Prosecutions in 1976, a position she held for ten years.

Her election as the first female speaker also made her the second female to head an arm of government after Georgina Theodora Wood was appointed Chief Justice of the Supreme Court of Ghana. Her election also made her the highest-ranked female in Ghana’s political history, surpassing Georgina Theodora Woods. She joined the roll of other female speakers like Betty Boothroyd in the United Kingdom and Nancy Pelosi of the United States of America as the first female speakers of their respective countries across Africa and the globe. 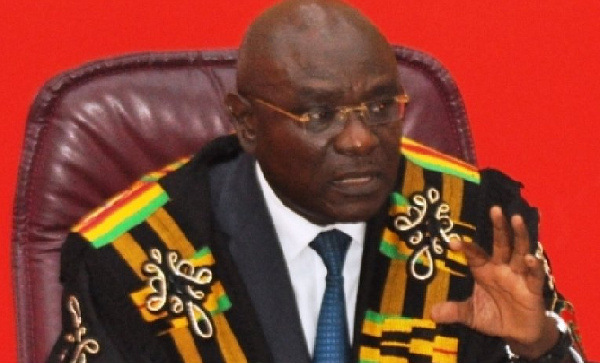 Edward Korbly Doe Adjahowas the first speaker to have been elected from among members of Ghana’s parliament and served as head of the legislature between 2013 and 2017.

He was a Member of Parliament for Avenor Ave Constituency, now known as Akatsi South but resigned as a lawmaker following his election as speaker.

Edward Doe Adjaho was one of the few politicians who retained their seats in parliament throughout the Fourth Republic of Ghana, serving for 20 years from 1993 to 2013.

A lawyer by profession, the former speaker worked at the Attorney-General’s department before changing his career to politics.

Vying on the ticket of the National Democratic Congress, he retained his seat in the 1st, 2nd, 3rd, 4th and 5th parliament of the Republic of Ghana and was the First Deputy Speaker of Parliament from 2009 to 2013. 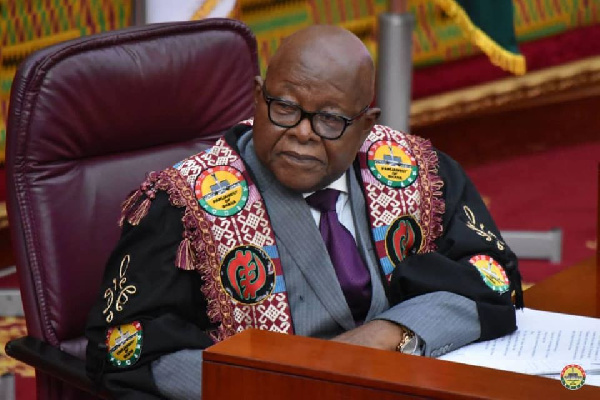 An academic, diplomat and Baptist minister, Aaron Mike Oquaye served as the sixth Speaker of Parliament of the Fourth Republic of Ghana from 2017 to 2021.

He previously held the ministerial cabinet portfolios for energy and communication and was also the Ghanaian High Commissioner to India and Maldives in the Kufuor administration.

Prof Oquaye holds a BA (Hons.) Political Science, LLB (Hons.), BL and PhD. He is a qualified solicitor and barrister, as well as the founder and senior partner of his own law firm. He is a barrister of the Supreme Court of England and Wales, a senior member of the Ghana Bar Association, and a solicitor for some leading companies and financial institutions.

He is a professor of Political Science at the University of Ghana (Legon) and was previously the Head of the Department of Political Science and a member of the university’s Academic Board, the highest authority at the level of the faculties. He received his PhD from the School of Oriental and African Studies in London, as well as winning the Rockefeller Senior Scholar Award in 1993 and the Senior Fulbright Scholar Award in 1997. He has been a visiting lecturer at George Mason University in Virginia. From 1997 to 1999, he was vice-president of the African Association of Political Science (AAPS), based in Zimbabwe.

He is an advocate for women’s rights, including affirmative action. He is the author of an award-winning book – Politics in Ghana – 1972-1979, in which he depicts inter-alia, the military as the bane of Government and Politics in Africa and recounted instances of human rights abuses, conflictual politics, economic mismanagement and national decadence.

He wrote a second volume, Politics in Ghana – 1982-1992, dealing with the politics of revolution, CDRs, Public Tribunals, popular power, positive defiance and human rights issues of the period. His scholarly write-ups have been published in international journals such as Human Rights Quarterly (US), Journal of Commonwealth and Comparative Politics (UK), African Affairs (UK), and Review of Human Factor Studies (Canada).

In politics, Prof Oquaye is credited as a founding member of the New Patriotic Party and was the first Regional Secretary of NPP for Greater Accra in 1992, and also the first Chairman of the Party for the Ga District Rural Constituency, which later split into Ga West District and Ga East District. He was the secretary of the Research Committee and a member of the first National Campaign Team of the NPP in the third quarter of 1992.

Prof Oquaye was integral in the NPP’s victory in the 2000 presidential elections. His role in winning the NPP its first presidency included journalistic contributions and involvement in other activities of the party between 1993 and 2000.

After serving as Ghana’s High Commissioner to India between 2001 and 2004, Prof Oquaye served two terms as Member of Parliament for Dome Kwabenya between 2009 and 2013 and decided against contesting the third term.

When his tenure as speaker of parliament ended in January 2021, the NPP renominated Aaron Mike Oquaye as speaker candidate but lost his reelection bid to Alban Kingsford Sumani Bagbin of the opposition National Democratic Congress. 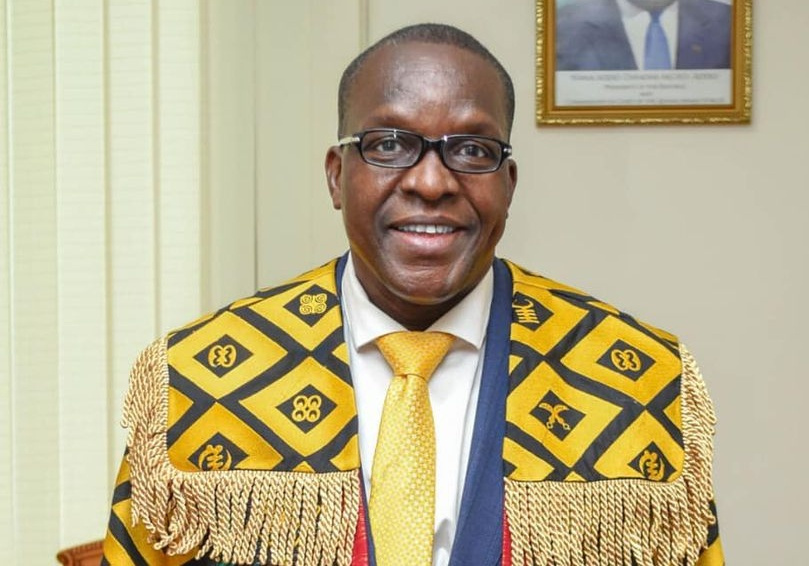 Before assuming the position of Speaker of Ghana’s 8th Parliament, Alban Sumana Kingsford Bagbin had been a member of parliament representing the people of Nadowli West in the 1st, 2nd, 3rd, 4th, 5th, 6th and 7th parliaments of the 4th republic of Ghana.

He served as Minister for Health from January 2013 to February 2013.

Bagbin, in 2019 contested for the NDC’s flagbearer but lost to former President John Dramani Mahama.

Bagbin, after earning a Bachelor of Arts degree in Law and English at the University of Ghana in 1980, went on to graduate from the Ghana School of Law and was called to the bar in 1982.

He also holds an Executive Masters in Governance and Leadership from the Ghana Institute of Management and Public Administration (GIMPA).

Bagbin, prior to venturing into politics, worked as Personnel Manager of the erstwhile State Hotels Corporation consisting of Ambassador and Continental Hotels between 1982 and 1983, before relocating to Libya to teach English in Tripoli at the Suk Juma Secondary School.

Upon his return to Ghana in 1986, he joined Akyem Chambers, a law firm of legal practitioners, consultants and notaries public, as an attorney, eventually rising to become a partner. Whilst working at Okyeman Chambers, between 1989 and 1992, he was appointed as the external solicitor of the Nii Ngleshie royal family of James Town, Credit Unions Association of Ghana (CUA) and several other private business firms within Accra.

After working at Okyeman Chambers for seven years, he moved from there in 1993 and, to date, is a partner of the Law Trust company, a legal firm of law practitioners, consultants and notaries public.

Alban Sumana Kingsford Bagbin was sworn in as Speaker of Ghana’s 8th Parliament on January 7, 2021.