Group kicks against appointment of Amoakohene Baafi as NLA boss

The Association of Lotto Marketing Companies has kicked against the appointment of Yaw Amoakohene Baafi as the Director-General of the National Lottery Authority.

The group in a petitioned signed by its Vice Chairman, Nana A.K Boaponsem, prayed President Akufo-Addo not to appoint Amoakohene Baafi due to his conduct.

According to the group, Amoakohene has over the years demonstrated that he does not have the temperament to deal with the operators.

They also alleged that Amoakohene Baafi has on numerous occasions attempted to create disunity among the members of the group.

“The Deputy Director-General on many occasions sought to create confusion among our membership and to break our front by inciting a section of our members, members of staff and some management personnel who are known to be adversaries of the current Government to engage in constant agitations against the management,” part of the statement reads.

The association also noted that the NLA which is already cash strapped will suffer further losses should the president appoint Amoakohene Baafi as Director-General.

“Mr Yaw Amoakohene Baafi has nothing to bring on board so far as the progress and outlook of the NLA is concerned, should he be made the substantive head of the NLA or Deputy Director-General or in an acting capacity.

Below are copies of the petition 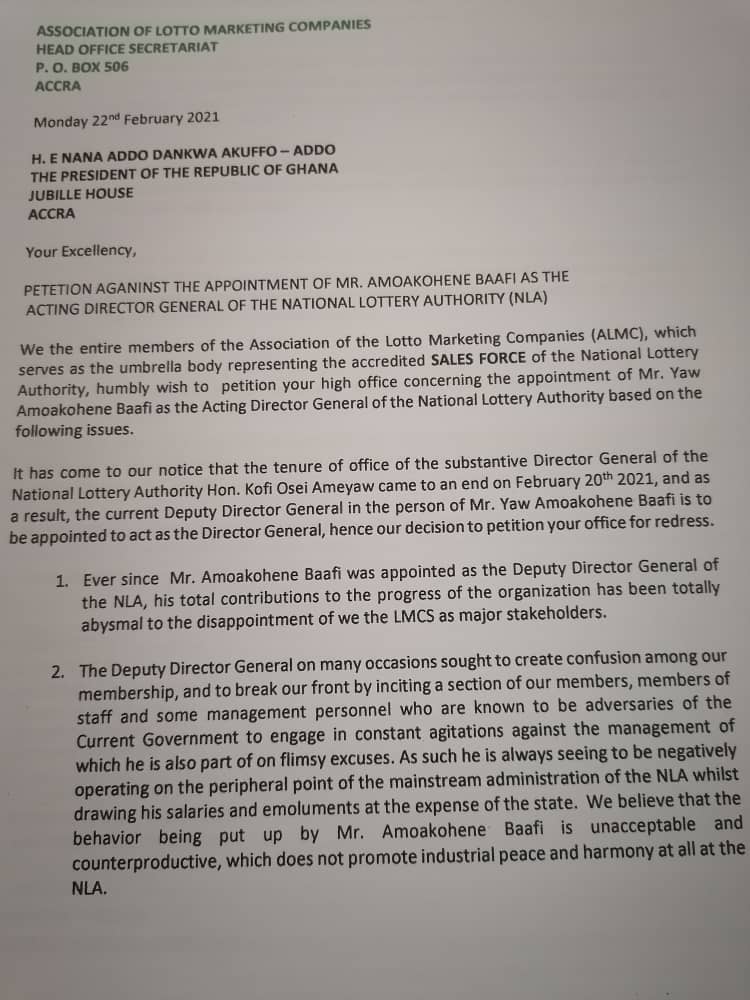 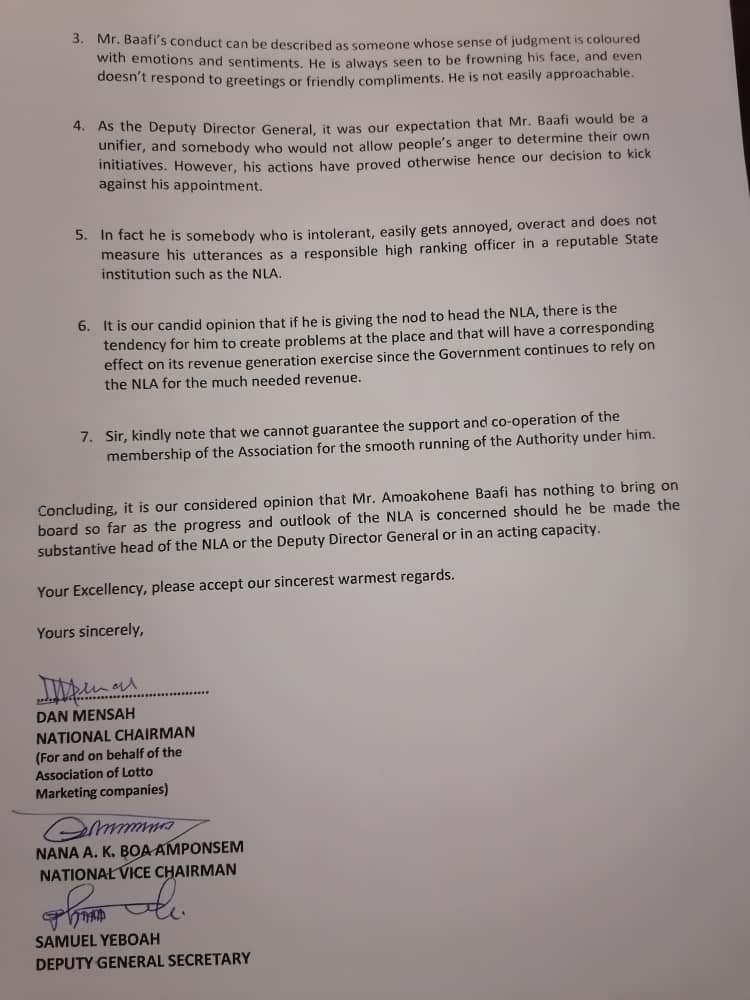 Live draws back on GTV after 20 years – NLA

About 5,476 road accidents reported between January to April – Report

We will take extraordinary measures to halt galamsey – Jinapor