The historic crew pose in front of the plane

Ghana has made history with its first-ever all-female operated flight. The feat was achieved when the domestic flight operator, Passion Air embarked on a flight on Saturday 20, February 2021.

The flight, OP 178; took off from Accra to Tamale with an all-female flight deck and cabin crew in operation.

Ghanaian Blogger, MacJordanN sharing his experience after the flight wrote on his Twitter, “#WomenInAviation: @flypassionair had an all-female crew both pilot and co-pilot on their flight to Accra to Tamale. This is a very commendable and laudable feat by the airline. We need to see more of this happening.”

The pilot-in-command on the historic flight, Captain Eva Gichuru said, “This flight indicates that, whatever men can do, women can do and even better when given equal opportunities.”

Captain Eva revealed the same crew later on Saturday operated its last flight at around 18:44 hours to Kumasi in the Ashanti region. 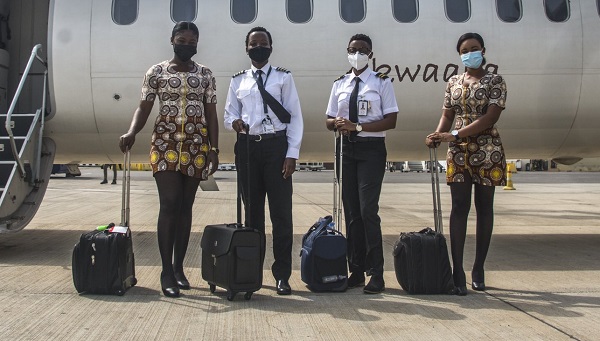 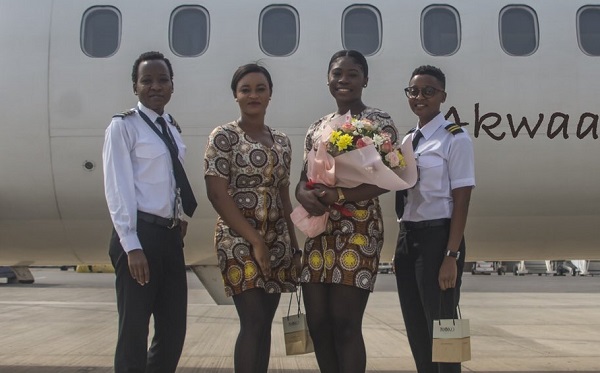 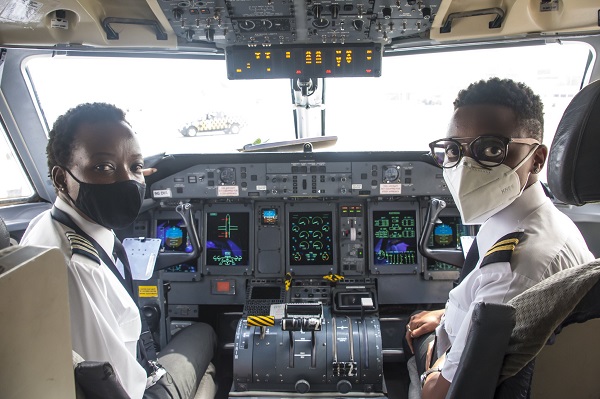 #WomenInAviation: @flypassionair had an all-female crew both pilot and co-pilot on their flight to Accra to Tamale.

Fact-Check: Government NOT reopening borders or airports next week

Moses Foh-Amoaning reacts to dismissal from Albino Association of Africa

‘We did not expect such an uproar’ – Director of LGBTQ+ group