On August 1, 1962, Osagyefo Dr Kwame Nkrumah escaped a bomb assassination attempt on his life at Kulungugu in the Upper East Region.

FLASHBACK: Last of BIG 6 is dead

Following an attempt on President Kwame Nkrumah’s life in Kulungugu bomb attack, three of his close associates were arrested for the assassination attempt.

They were jailed under the Preventive Detention Act. CPP publications accused the defendants of complicity in the assassination attempt due to all of them choosing to ride in cars far behind the president when the bomb was thrown.

The trial lasted for over a year and the three were originally cleared by the court, headed by Chief Justice Arku Korsah. Nkrumah subsequently had Korsah dismissed from the bench and appointed a new court, re-charging the exonerated defendants. Nkrumah handpicked the jury in the next court which found the three guilty and sentenced them to death. The death sentences were later commuted to twenty year sentences.

However, in 1966 President Kwame Nkrumah was unconstitutionally ousted from office through a military coup. The Coup was launched by the National Liberation council (NLC) with the code name “Operation Cold Chop,” on February 24th, 1966 backed by the C.I.A. 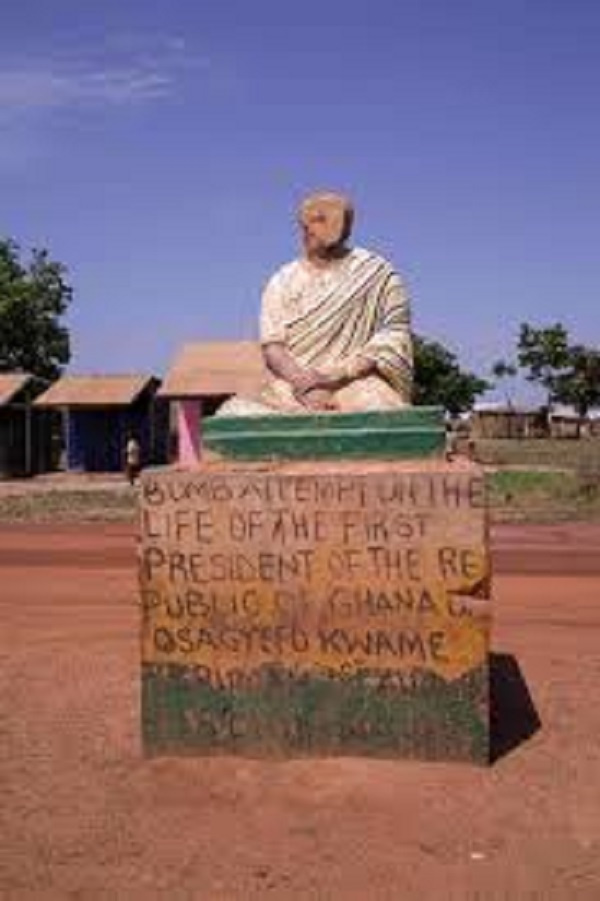 Walewale police distraught over the death of a colleague, injury of 3 others in gory accident