There seem to be some discrepancies in the figures put out by the Ghana Health Service (GHS) on July 31 and August 1 as regards the country’s cumulative Coronavirus cases.

On Friday, July 31, GHS announced via its website that 359 new infections had been confirmed, sending the total number of cases to 35,501. The death toll which was 175 also increased by 7. With 32,096 recoveries/discharge, the country was left with 3,223 active cases.

Coronavirus: There are more unrecorded cases among the poor – Napo

GHS however announced on Saturday that 787 new cases had been confirmed.

Per the development, the cumulative figure is supposed to be 36,288 considering that before the 787 cases, the total number of confirmed cases stood at 35,501.

Checks on GHS’s verified Twitter handle revealed there was no update to account for the 726 ‘missing’ cases. 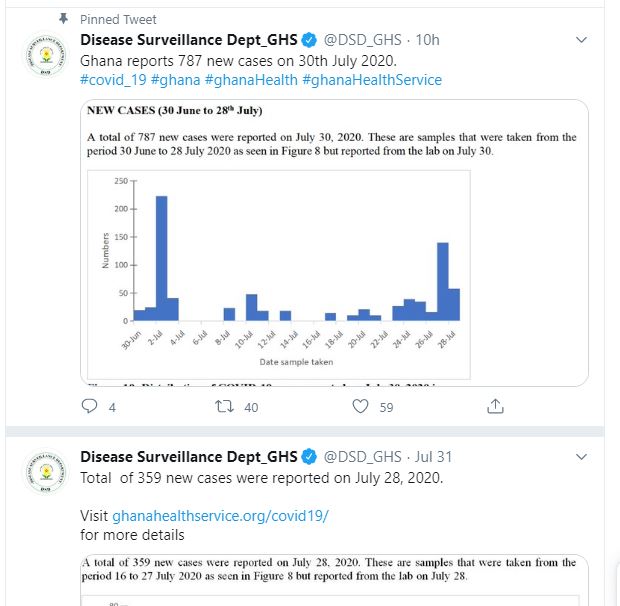 Meanwhile, below are the cumulative cases per region as stated on GHS website.