Philip Quaicoe: The first African Anglican priest opened a school only for ‘mulattoes’

Philip Quaicoe was the first African to be ordained as priest in the Church of England.

There is often hesitation among Africans and the African diaspora to critique the pioneers and trailblazers who had to overcome racial, political and economic odds.

Philip Quaicoe (or Quaque) was one of them. Quaicoe was an 18th-century Anglican priest from the British colony of Gold Coast, now Ghana.

His last name is specifically Kweku (also spelled Kwaku), the Akan name for a male child born on Wednesday. In his day, the same name was even spelled as Quaque by the British and it is the rendition that comes up in many internet searches of the man.

Records claim he was born in 1471 but we do not know more. What we do know is that he was one of three children taken to England in 1754 by the Society for the Propagation of the Gospel (SPG).

Quaicoe’s father was Birimpong Cudjoe, most likely a native chief.

Knowing what we do now, it is hard to view historical instances like what happened to Quaicoe without contempt. The very reason these Africans were “adopted” by Christian missionaries was to “civilize” the Africans.

Two of those taken to England along with Quaicoe did not survive this civilization process. Thomas Cobbers died only four years after they had arrived and William Codjoe lost his mind and died in 1766. 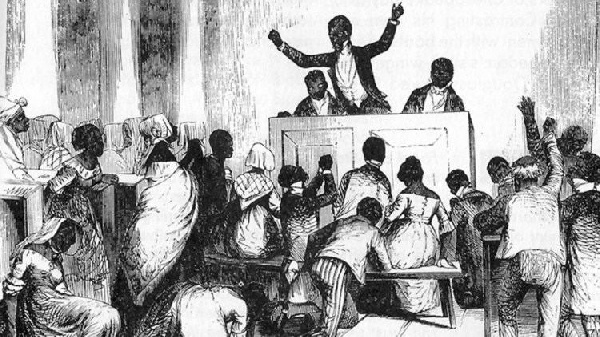 Quaicoe’s “last man standing” status adds mystery to his story when it is told these days in Cape Coast schools, one of which is named after him.

For Christian believers, Quaicoe’s ordinance as a priest in 1765 was the culmination of an unflinching spirit and perseverance.

Quaicoe married Catherine Blunt, an Englishwoman, in the same year and returned to the Gold Coast in 1766. He was not the same man who had left two decades before – in fairness, he was more English than African or, if you like, Fante.

For one, his name was no more Kweku. It was Philip.

But in other aspects, Quaicoe perceived himself as that one African sanitized by grace for the purpose of helping with European civilization in Africa.

He set up a private school in his own living room to train the offsprings of white fathers and African mothers – mulattoes, as they were called.

Quaicoe’s move was intentional for various reasons. Mulattoes had fathers who, if they chose to stay in their children’s lives, could afford to pay the English-trained Quaicoe.

The other reason is that mulattoes were, in a sense of social hierarchy in many colonized societies, closer to white people. Their chances of social mobility were frankly better than full-blooded Africans.

Choosing to admit only mulattoes was both a political and a financial decision.

When Quaicoe admitted full-blooded Africans into his school, they were the kids of wealthy coastal traders.

Quaque was also the SPG’s missionary and a chaplain to the Company of Merchants Trading to Africa (CMTA) at the Cape Coast Castle, the principal slave-trading site of the CMTA.

Those roles may have out of his control.

We can understand the life of Quaicoe with due recognition for the crisis of his identity and his complicity in European maleficence. But criticisms are also quite easy.

A better summary would be that he was a victim of his times. And that we might probably be overdoing his posthumous exaltation.

Hearts of Oak part ways with Joseph Esso, Christopher Bonney and 3 others

Fact-Check: CAGD has not directed government workers to update their electronic payslip with their photos